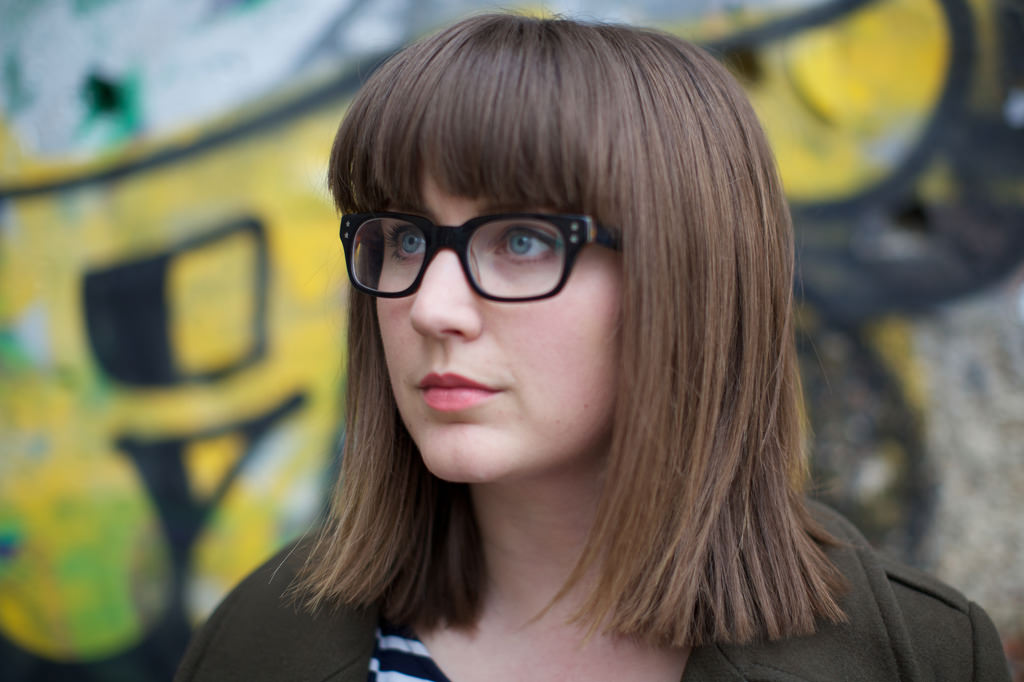 First off, I just want to say that I do need to wear these glasses. They’re the real deal, I can even see better in them and stuff. They are certainly not the lense free hipster-issue perspex ones which were floating about for a while last year. No sir, definitely not. I just don’t wear them very often!

..And now that’s out the way, here’s my outfit of the day. 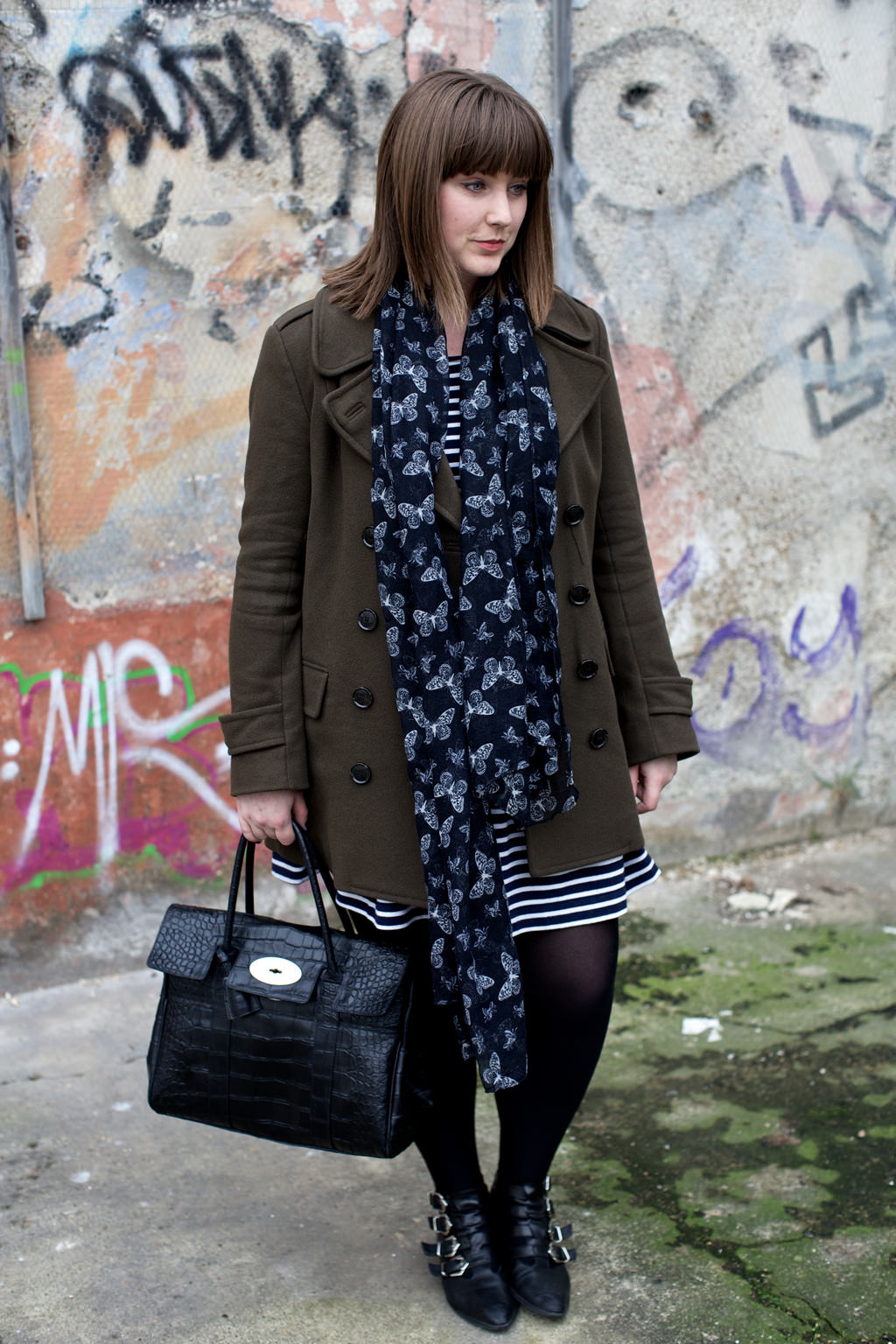 I didn’t really think about the fact I was pretty much wearing all French Connection until I started writing this post. My love of French Connection has certainly increased in the past year – I don’t think you can get better quality for the money. I was reading somewhere that fashion in the UK is seeing a shift from trends to investment pieces and perhaps I have been mosying along in the same direction.

If I could choose a high-street brand to get a ‘most improved’ award then French Connection would definitely be the recipient. Gone are the FCUK days (yes, I totally had one of those tshirts when I was 13) and now we see grown up collections with beautiful palettes and great accessories. Although I do feel like they should give the Herve Leger bandage dress copy a rest now)! 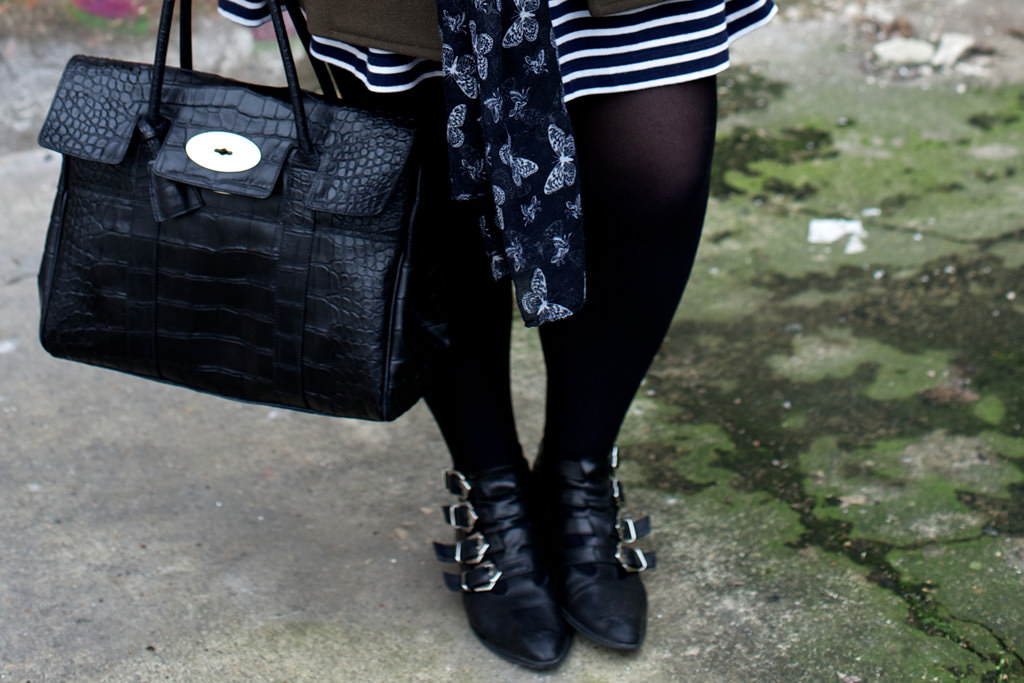 Still in love with my bag, by the way. And the fact I have to moisturise it every couple of weeks! 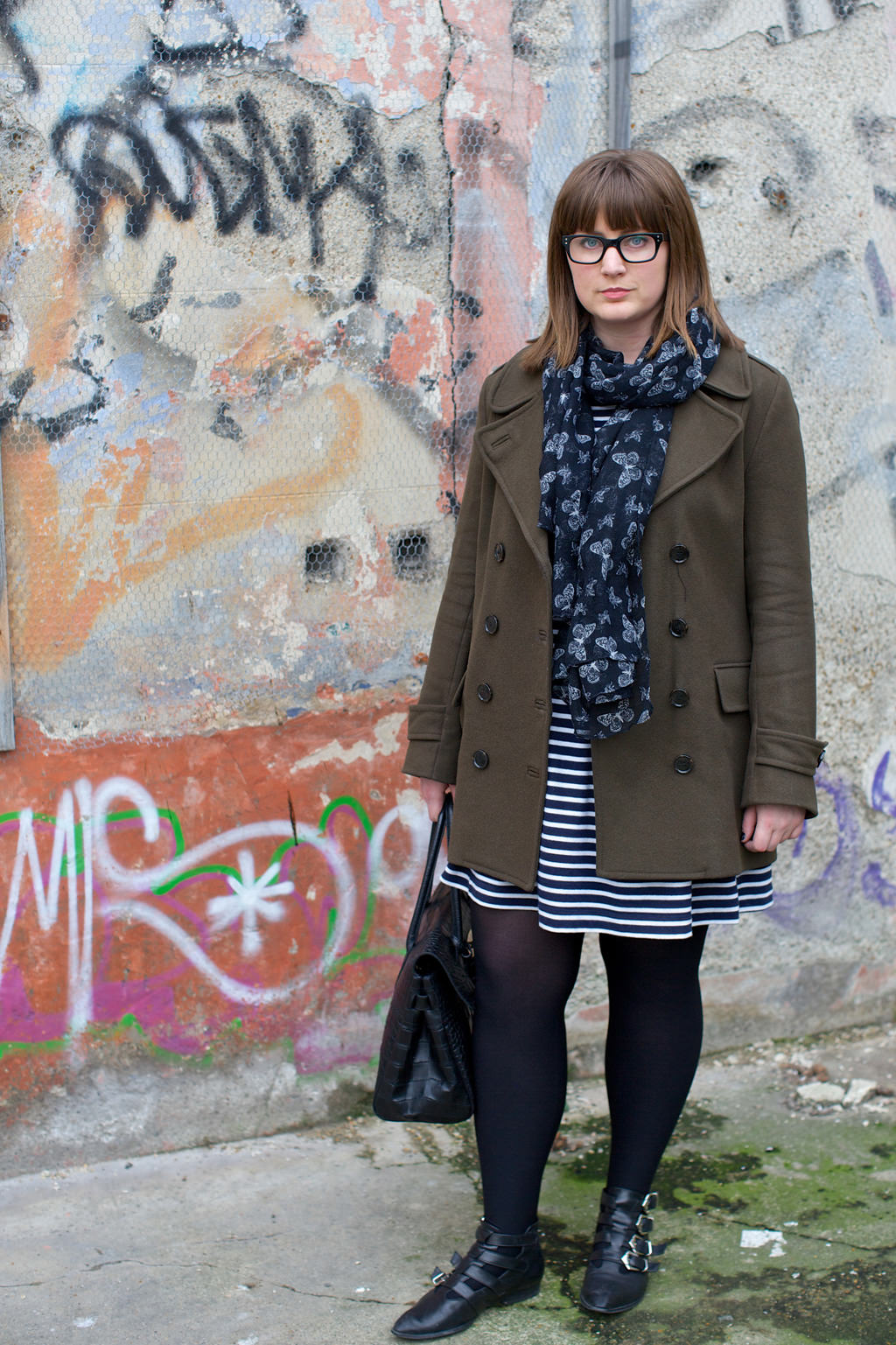 So there you have it, a dreary tuesday shoot in the car park up the road.

I was working all night last night, so tonight I am going to sit my ass down on the sofa, watch Game of Thrones and Mad Men, and definitely not think about my computer. 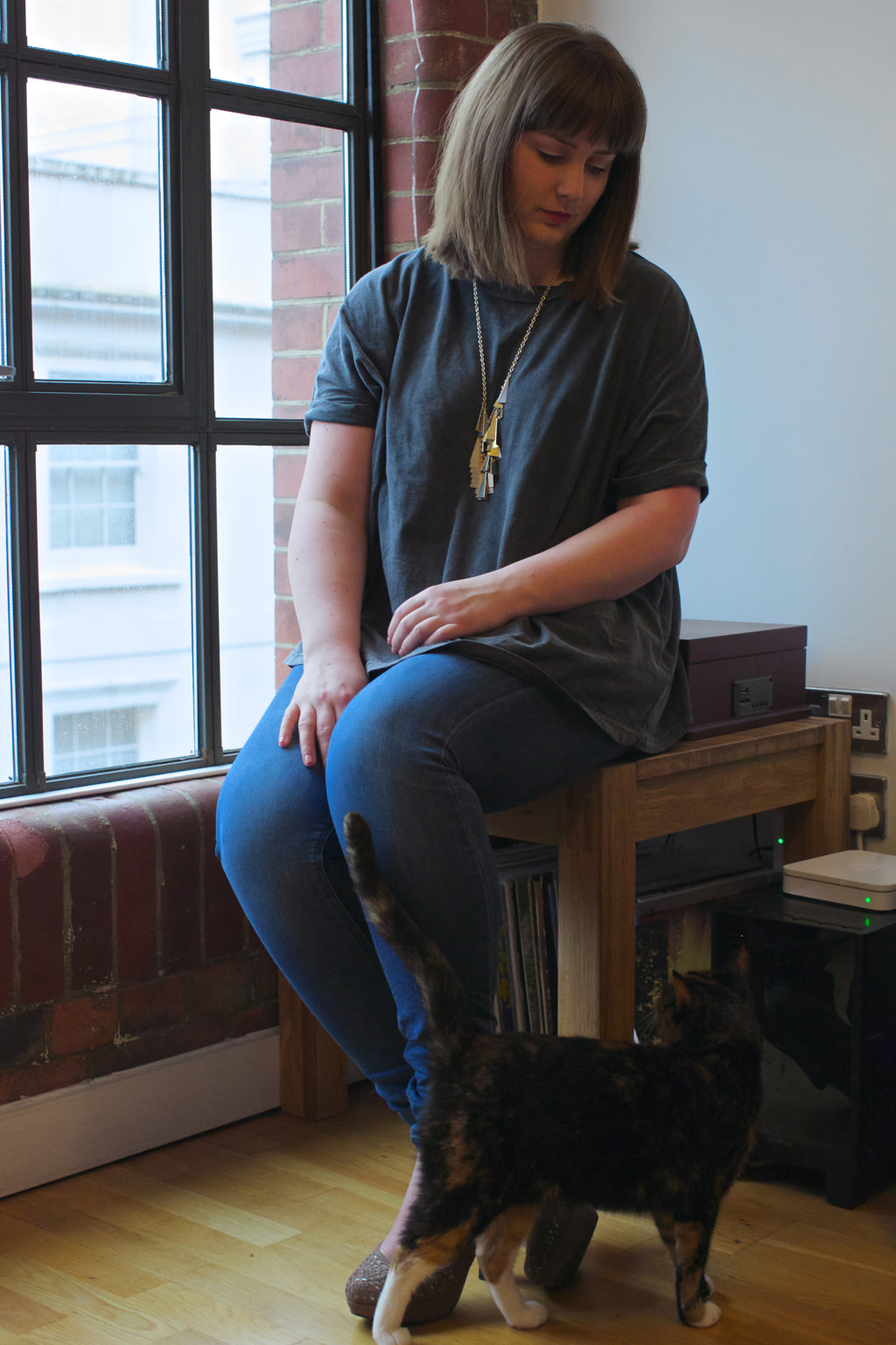 Sunny Sunday! That hasn’t been said in a while. Not quite warm enough to get out the legs but I did brave bare arms (in my flat)!

As you can see when I was taking pictures of todays outfits inside, my 2 furry friends decided they were going to get in the mix. Of course, they never sit still, so I apologise that the pictures aren’t quite in focus!

Today’s look is brought to you courtesy of ASOS. The same can be said for most of the clothes in my wardrobe – in fact this week I’ve gone so far as considering applying to a job role there, just so I can get a bloody discount! I did some Maths and worked out that moving to central London would only work out slightly more expensive on a yearly basis then money saved by a 10% discount…

I’ve found it really hard, but at the same time, really enjoyable to start wearing slightly more casual clothes than my uniform of tights & dress. 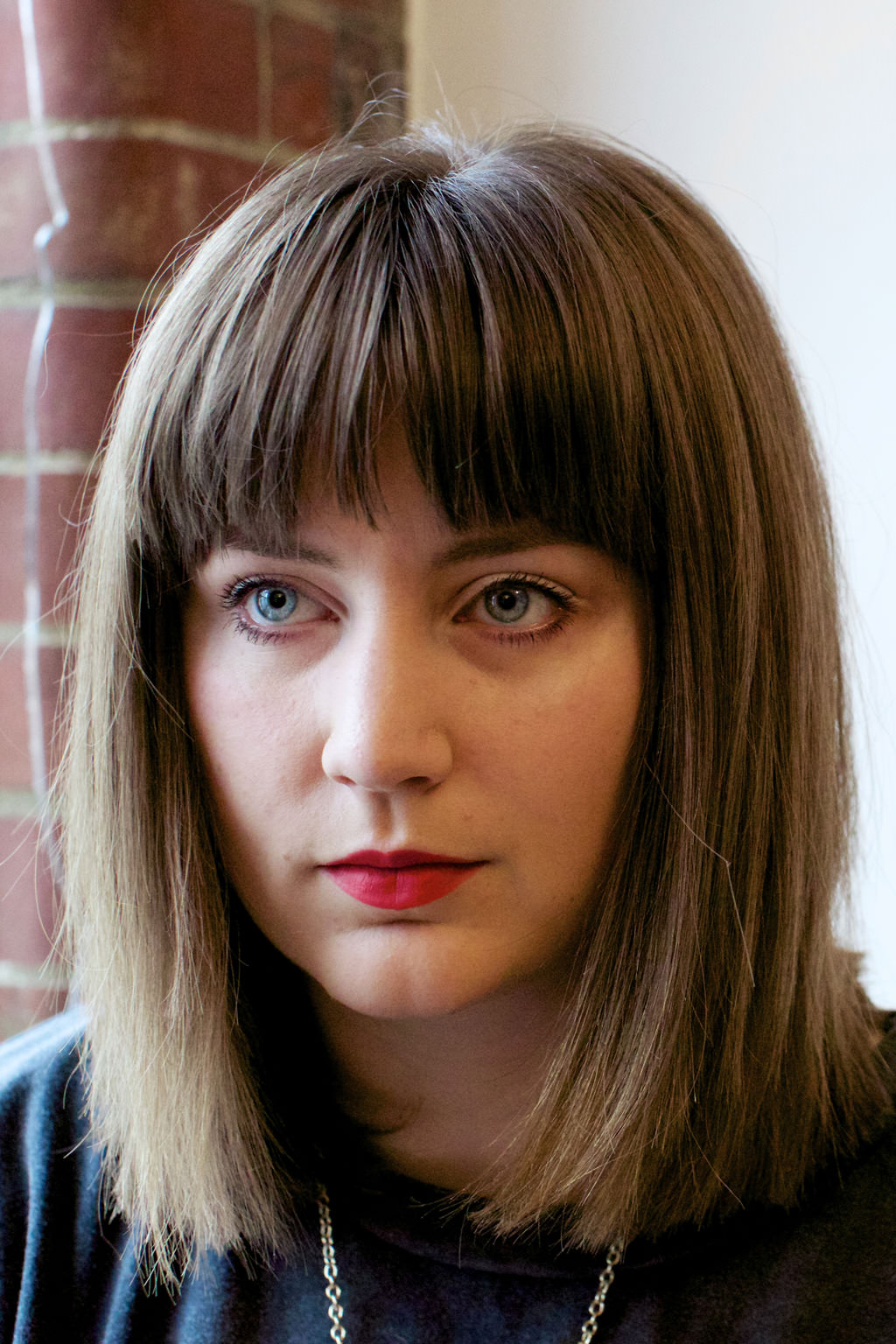 Also went a bit random with my make up. White eyeliner was all over the ss13 catwalk shows – sort of riffing on Pat McGrath for Prada (Without the slight milkstache).
I also visited Liberty’s this weekend and bought this great matte Nars lip pencil. I really can’t stand sticky shiny lipsticks, especially as I wear it most often during the day, so I think I might be investing in more than just this pinky red ‘Dragon Girl’ shade. 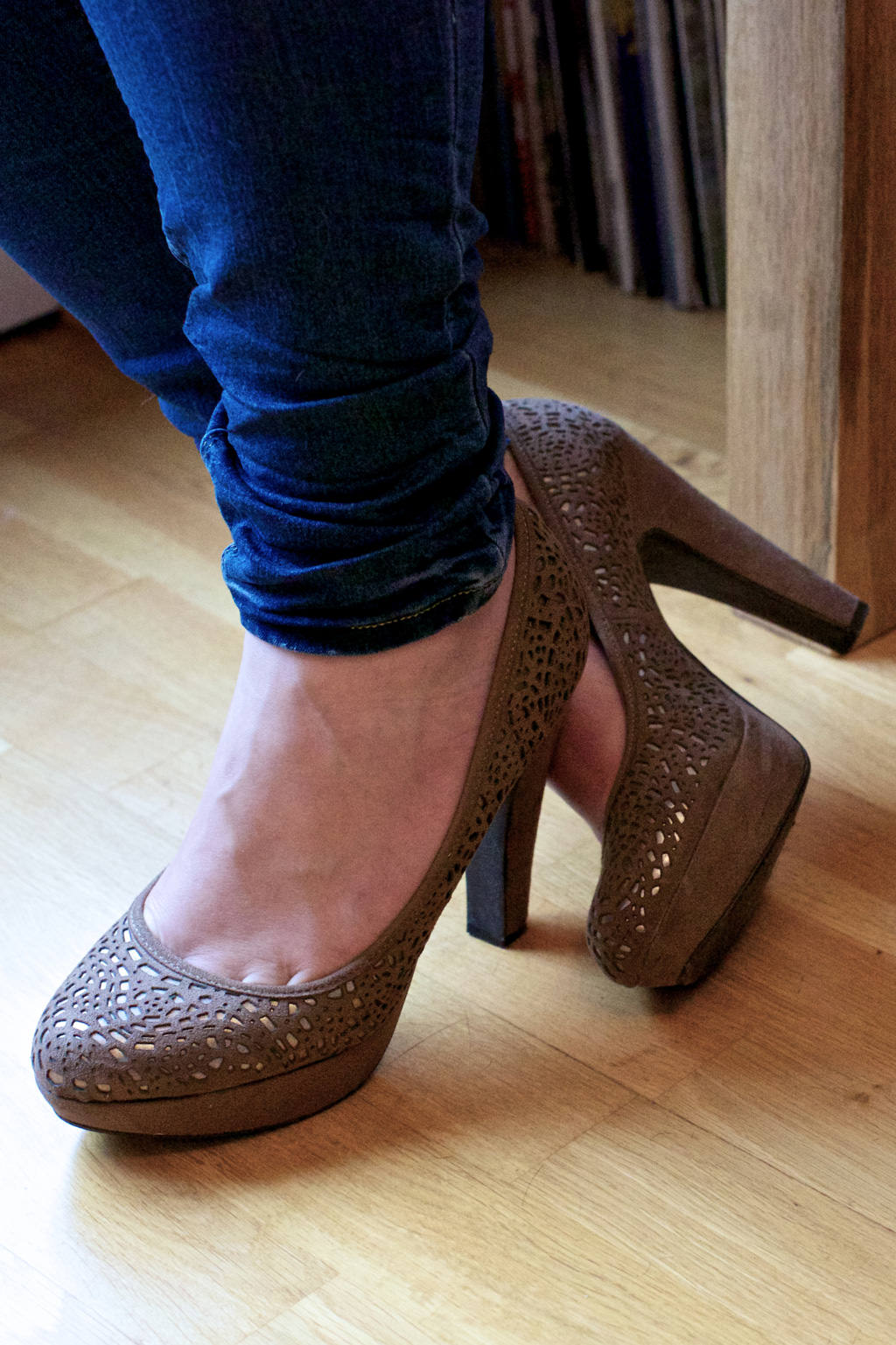 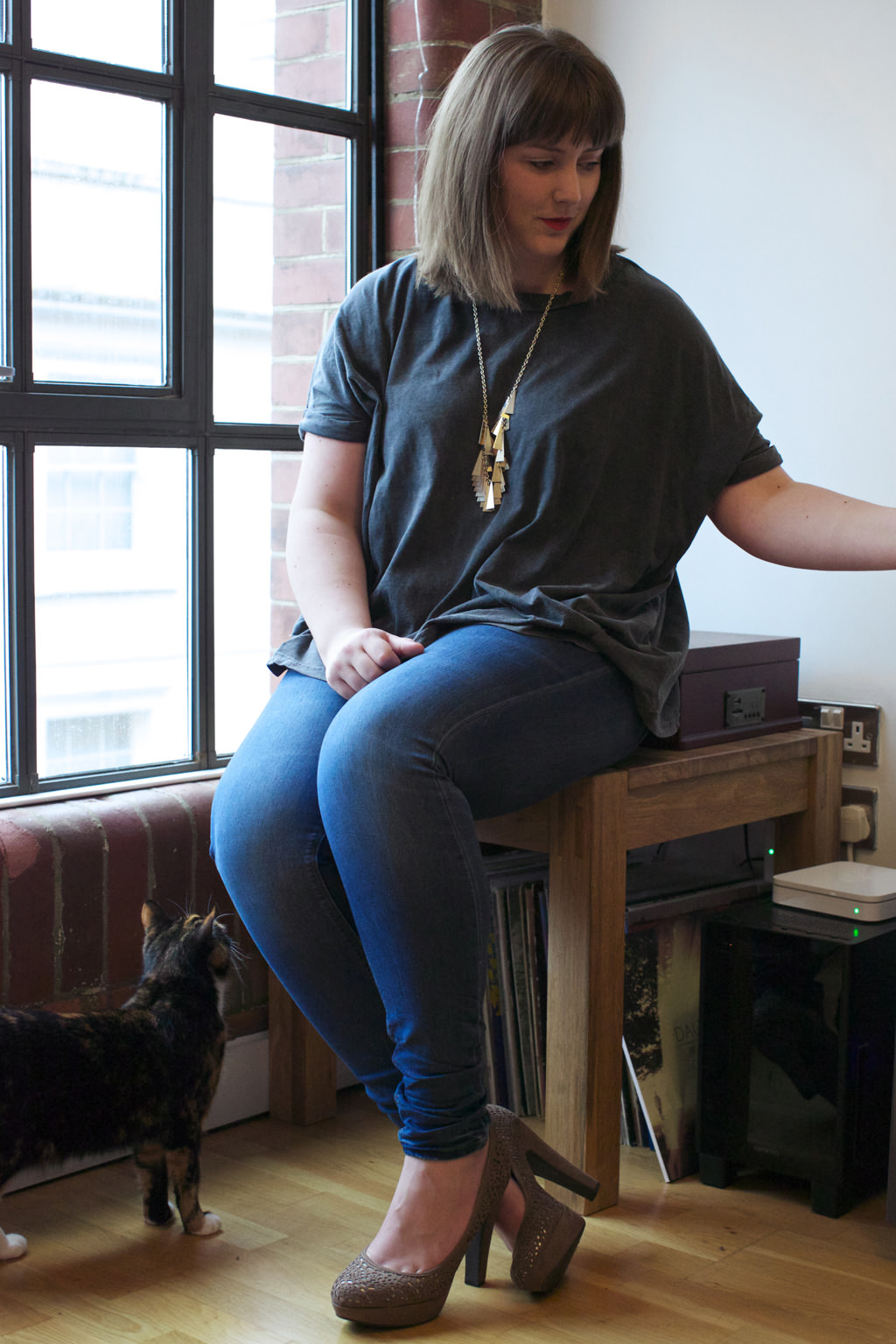 Well, that’s all for Sunday, hope you enjoyed your weekend!

I finally went to Zara to spend my voucher. Pre-5pm when there is still larger than an XS in stock.

So here’s what I got! This dress is a great colour, pretty much my favourite and is a nice silky material. I’ve also loved the idea of these collar necklaces for a while and this is by far the best one I’ve seen. Although I think I’m bordering on looking like a bad fancy-dress Cleopatra with hair, eye makeup and necklace combined :S

The bag is vintage (found within hundreds that Dan’s mum had been hoarding – she does so much charity shopping there’s no point me even bothering as she has it covered!), Boots are Office (and are super comfy incase you were cared!), Blazer is Gap and Nail Varnish is Chubby Cheeks by Essie. 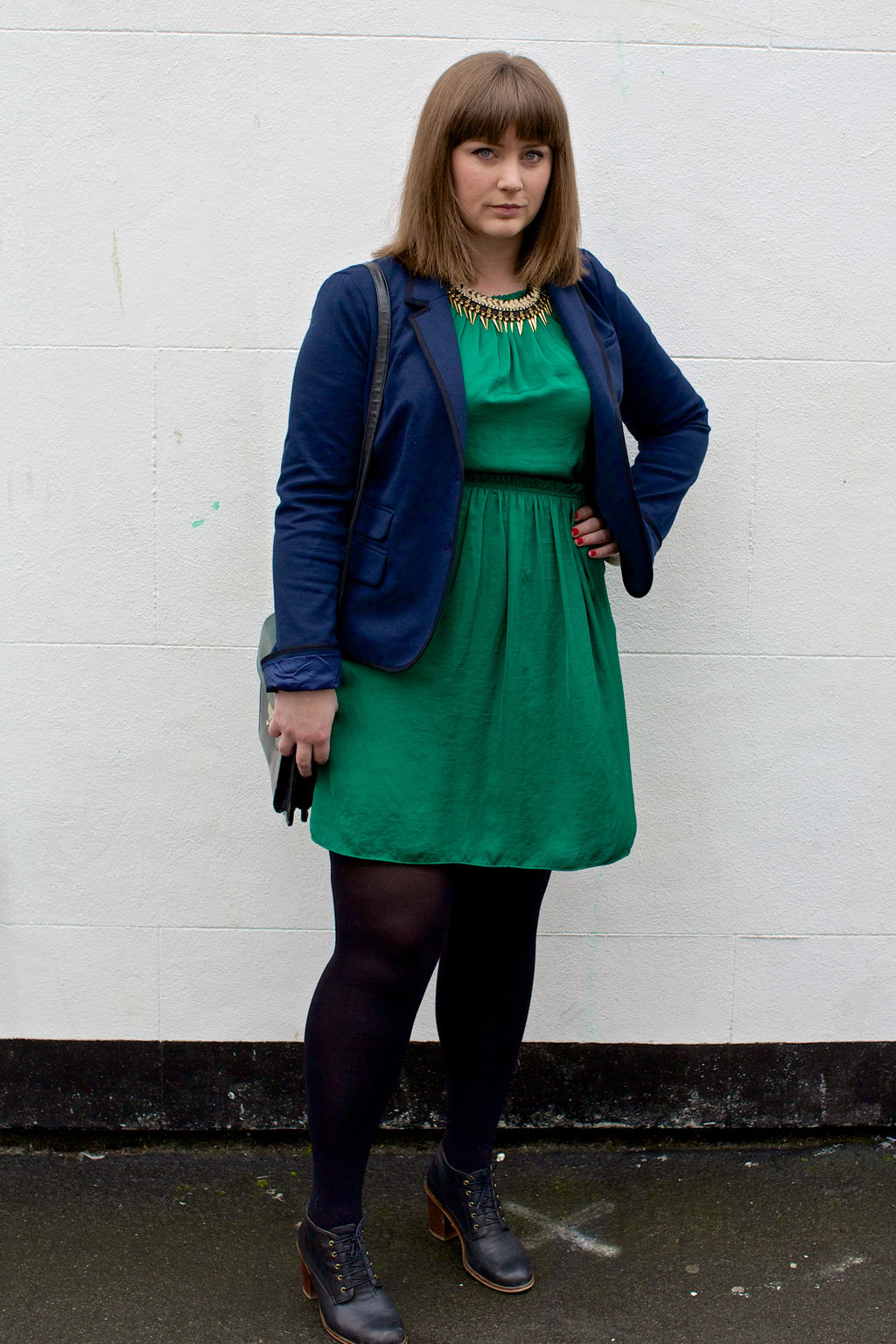 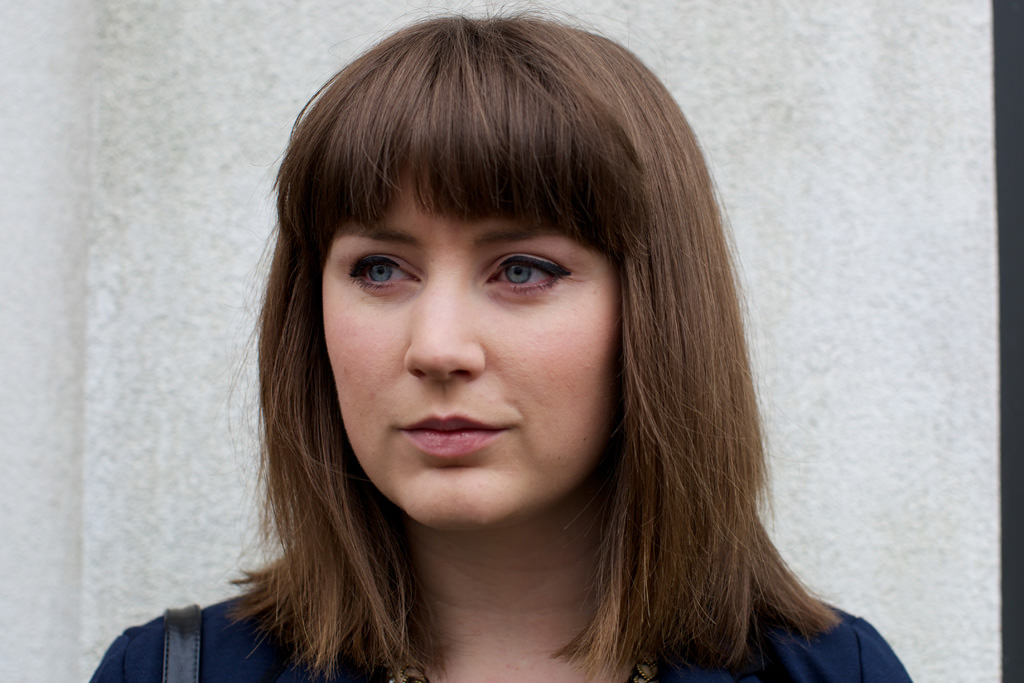 Getting used to my new hair now! 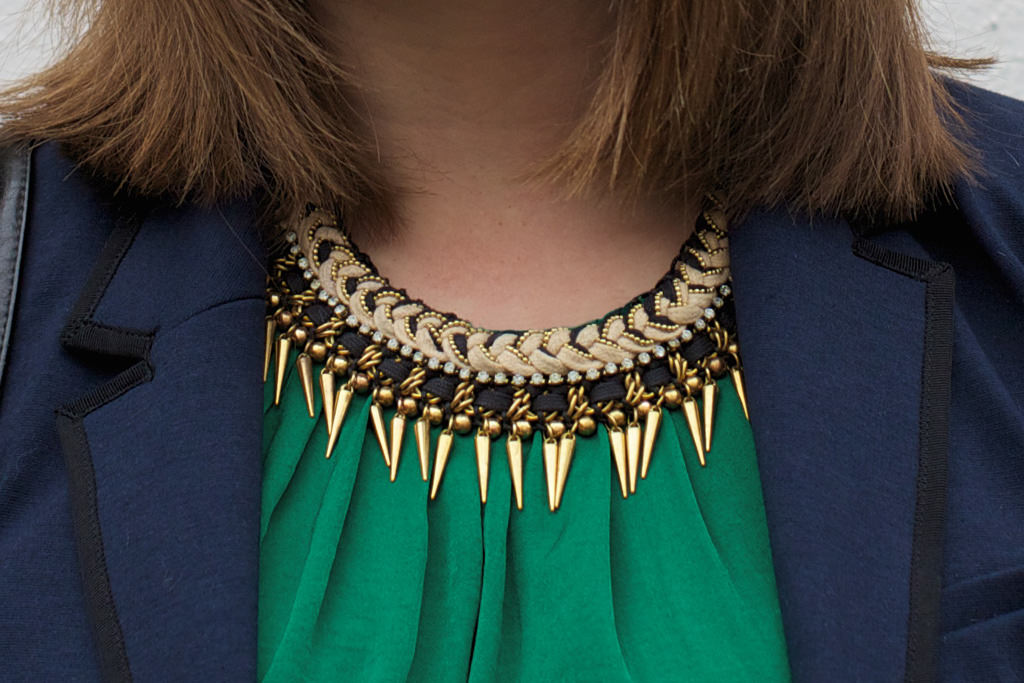 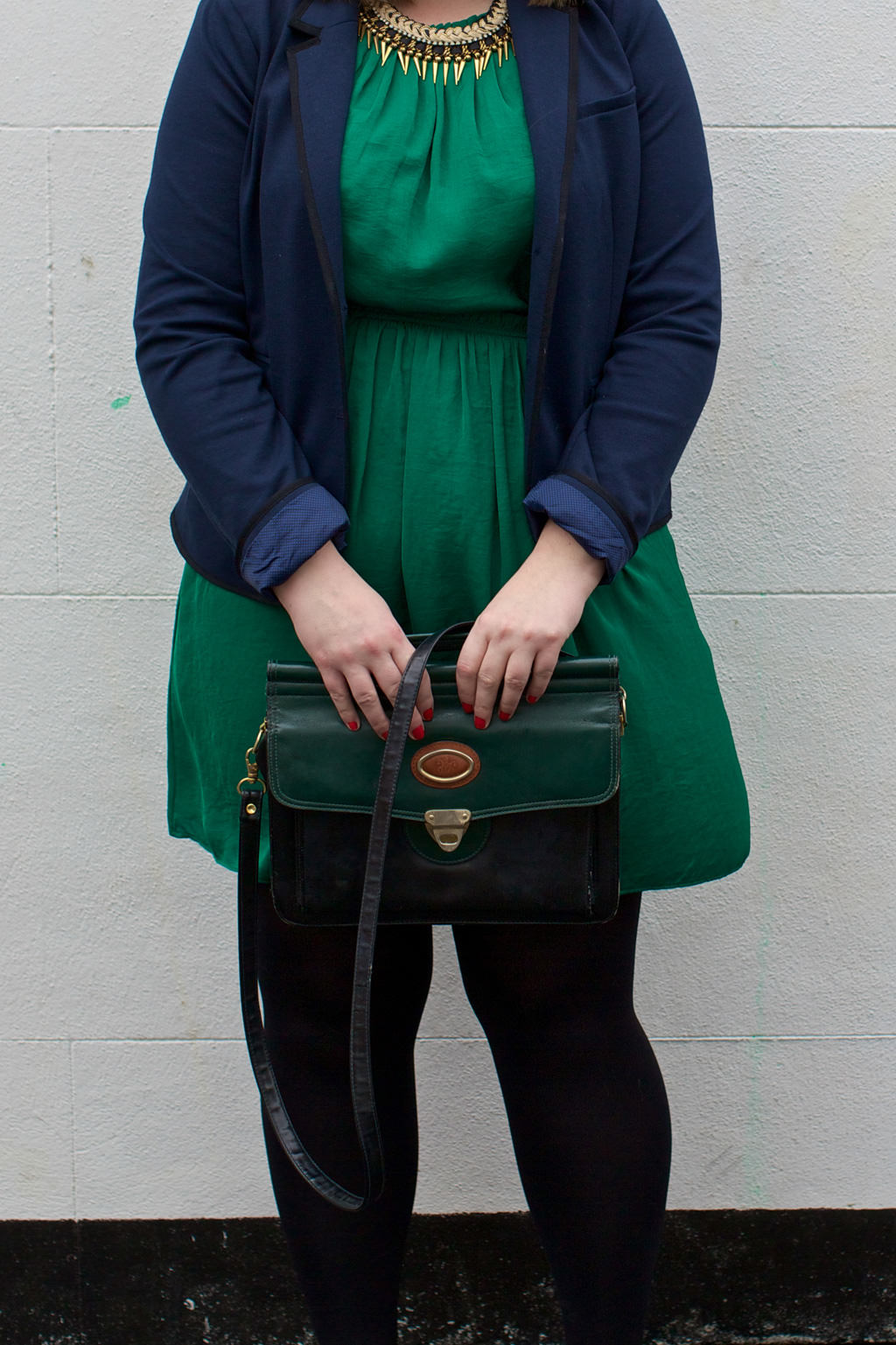 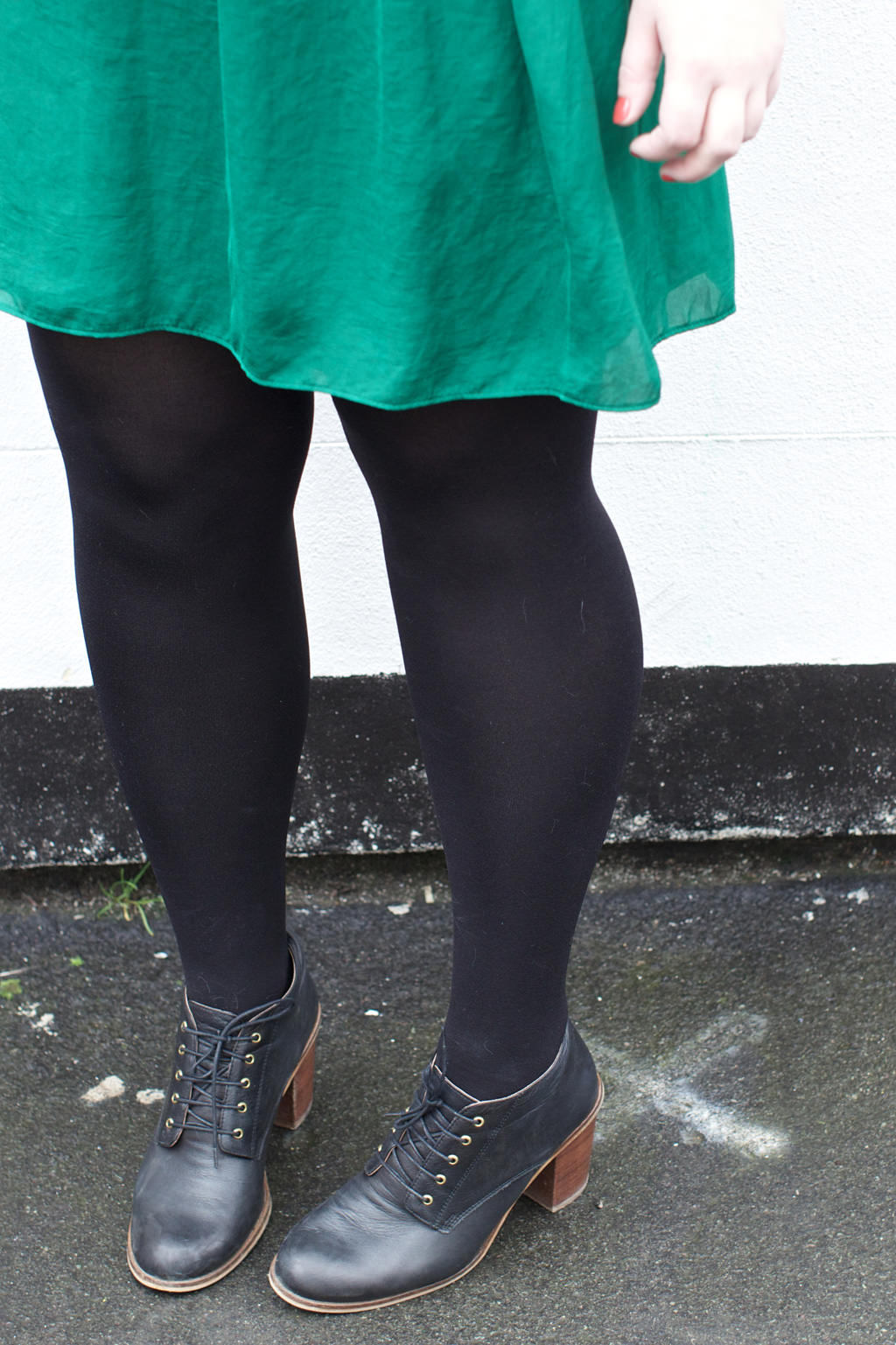 So Zara eh. I love wandering around in there but they barely ever have my size! So, dear Zara, please please PLEASE go easy on the XS and stock more L & XL please!

Here’s a round up of my favourite purchases so far this month. I say so far like I’ve got any money left to buy anything else.

Currently most of my money is sat somewhere at ASOS and has been for the last 2 weeks, they’re really pushing the limit on their returns this month!

Mostly this month I’ve been buying nail varnishes. I’ve not really had any nails for years, so after 6 months of wearing fake ones in an attempt to grow them, I’ve finally got some little tiny nails which haven’t seen the sun for months and keep breaking. But I’m not going to let that deter me. One day I will have beautifully manicured nails that are real. One day.

So on that note, first purchase. Essie nail varnishes. Good enough branding and ‘fashionable’ enough, but not overly expensive. 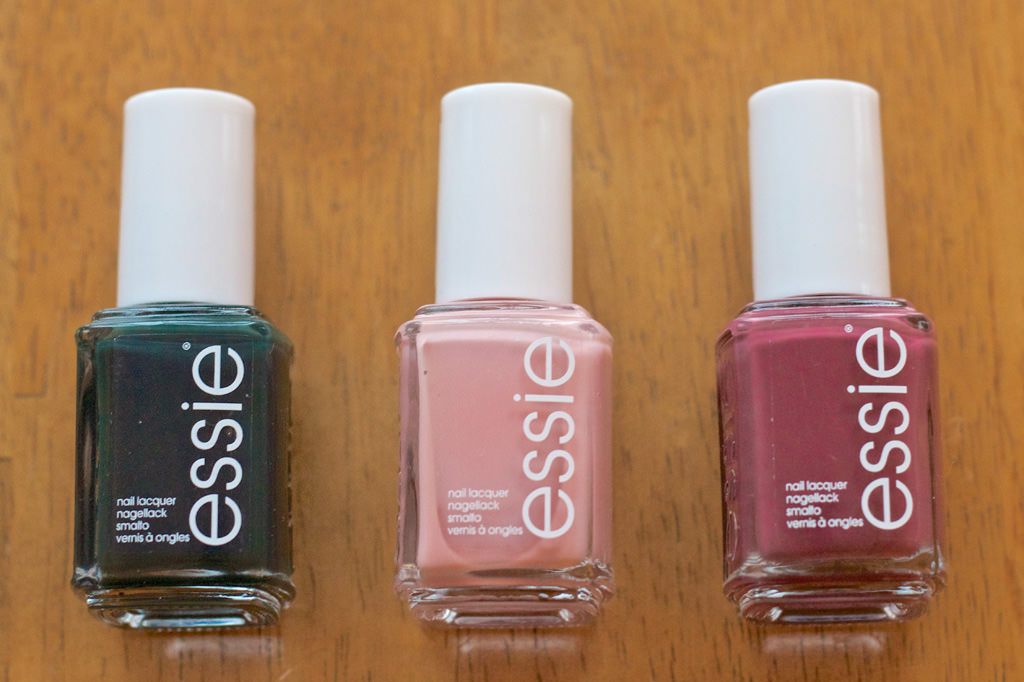 The one in the middle is a pretty nude, which is very ‘in’ this season (Not just a pretty face). The green (Stylenomics) which looks amazing in the bottle is a bit too dark for me – ends up looking just a bit like grubby black spinach colour which is a shame. The reddy-brown (Angora Cardi) goes a bit browner than it looks but is still pretty nice. All in all though, I’m still mainly wearing my favourite orangey pinkey red: Chubby Cheeks. 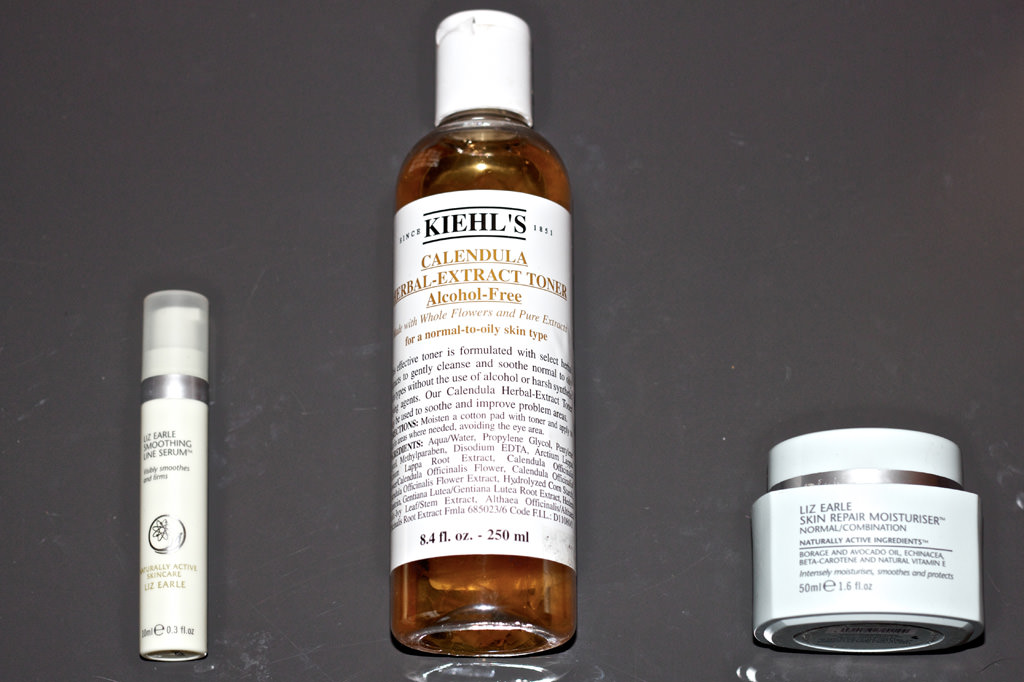 I thought I’d grab some new skin-care stuff when I got a voucher for John Lewis for Christmas. Took me forever to order something – and eventually I went for this Liz Earle Moisturiser and Wrinkle Serum as it isn’t super expensive but had great reviews on JL.

I’ve been really impressed with the moisturiser – I was previously using Kiehl’s Ultra-Facial but at £50 wasn’t 100% sold. This is a lot cheaper, feels really buttery on application and most importantly doesn’t give me spots!

I’m not really sure about the wrinkle stuff yet. Maybe because I don’t have *that* many wrinkles and I’m just being neurotic ;) 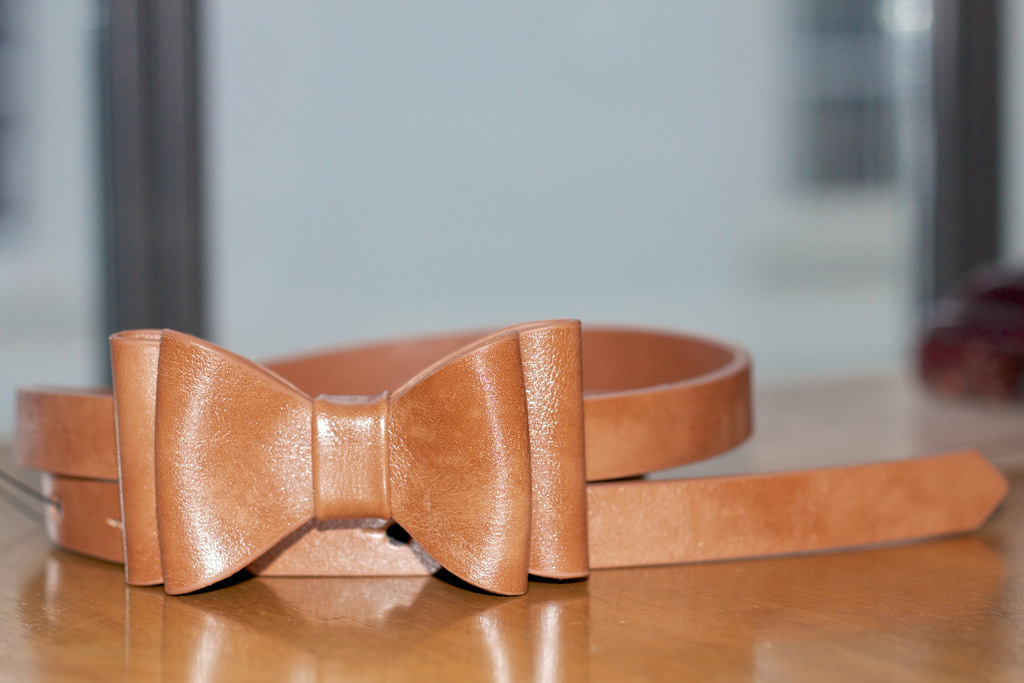 Finally, I got a new belt from Warehouse. I’ve been on the lookout for something like this for ages – a belt that’s actually meant to be worn round your waist with a dress so you don’t have to hide any garish belt buckles round the back of your cardi!

This is nice, neutral and girly. Now I just need to watch how much cake I eat so it continues to fit. As ever, high street sizing continues to have the same continuity as the British summer. 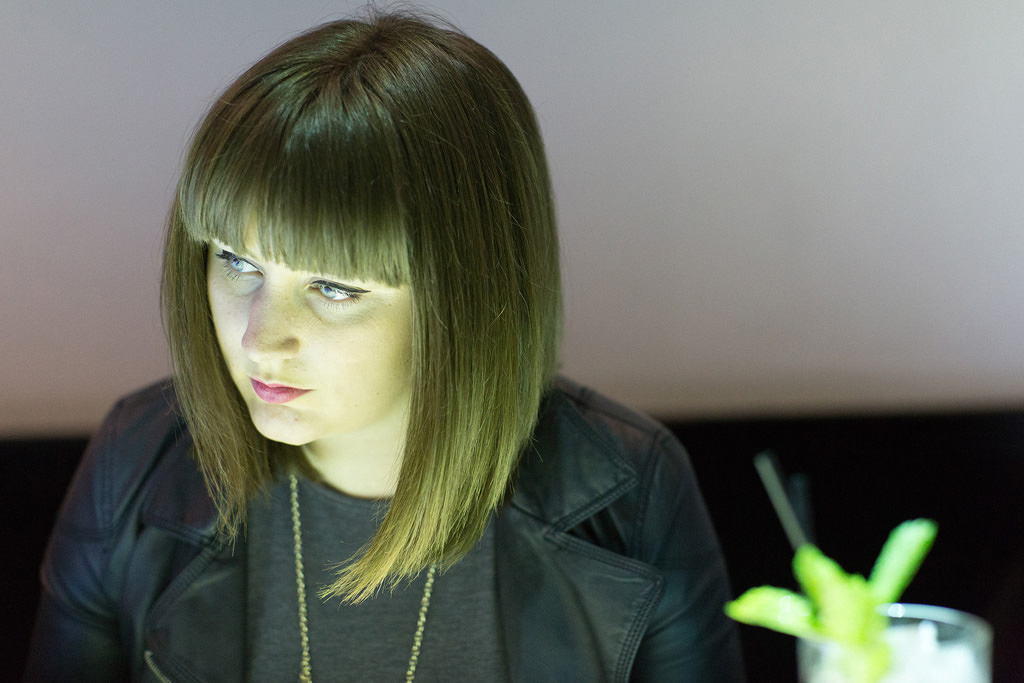 Yes that’s right, I’ve got the same haircut that I had when I was 13! And I actually like it this time!

I had a lovely week of pampering last week. I had my first ever facial at the Treatment Rooms in Brighton, and then decided to book myself in for a long needed haircut at Mooch. Don’t let their website put you off.. It’s a great, friendly salon and their prices aren’t extortionate like the Trevor Sorbies and Headmasters of the Brighton world! My only gripe would be the £6 they charge for a 2 minute fringe trim. A lot of other places do it for free – and because of this I do it to myself for free too, albeit taking 5 attempts and an hour to get it straight.

My facial was not really what I was expecting. I figured I would get the aromatherapy oils and the weird music, but what I was not prepared for was the insanely painful skin squeezing known as ‘extraction’ half way through. Serves me bloody right not to even read up on what was going to happen to me! I left feeling a little ‘meh’ as I was really tense the entire time, but then I noticed how smooth my skin is. And now I’m in love.

But I did do some further reading, and apparently extraction is really bad long-term for the collagen around your pores. So maybe it’s something best saved for when my skin really does feel like sandpaper.