I bloody love Toast. If I had all the money in the world (and a slightly slimmer shape) I’d buy all the things and look like a cool artist who’s doing pretty well for herself.

This outfit was put together using items from the AW14 collection – what do you think?

Goodwood revival is the perfect day out for me and my other half. He gets to look at cars all day (which aren’t completely hateful as they are all vintage), and I get to dress up like I’m from the 40′s.

This year in September, we went on the Friday which is the practice day and it’s a lot cheaper to get good seats in the stands. The weather held up, and although I didn’t go crazy with my outfit, I did do my hair and make up after watching countless videos on how to achieve barrel rolls. 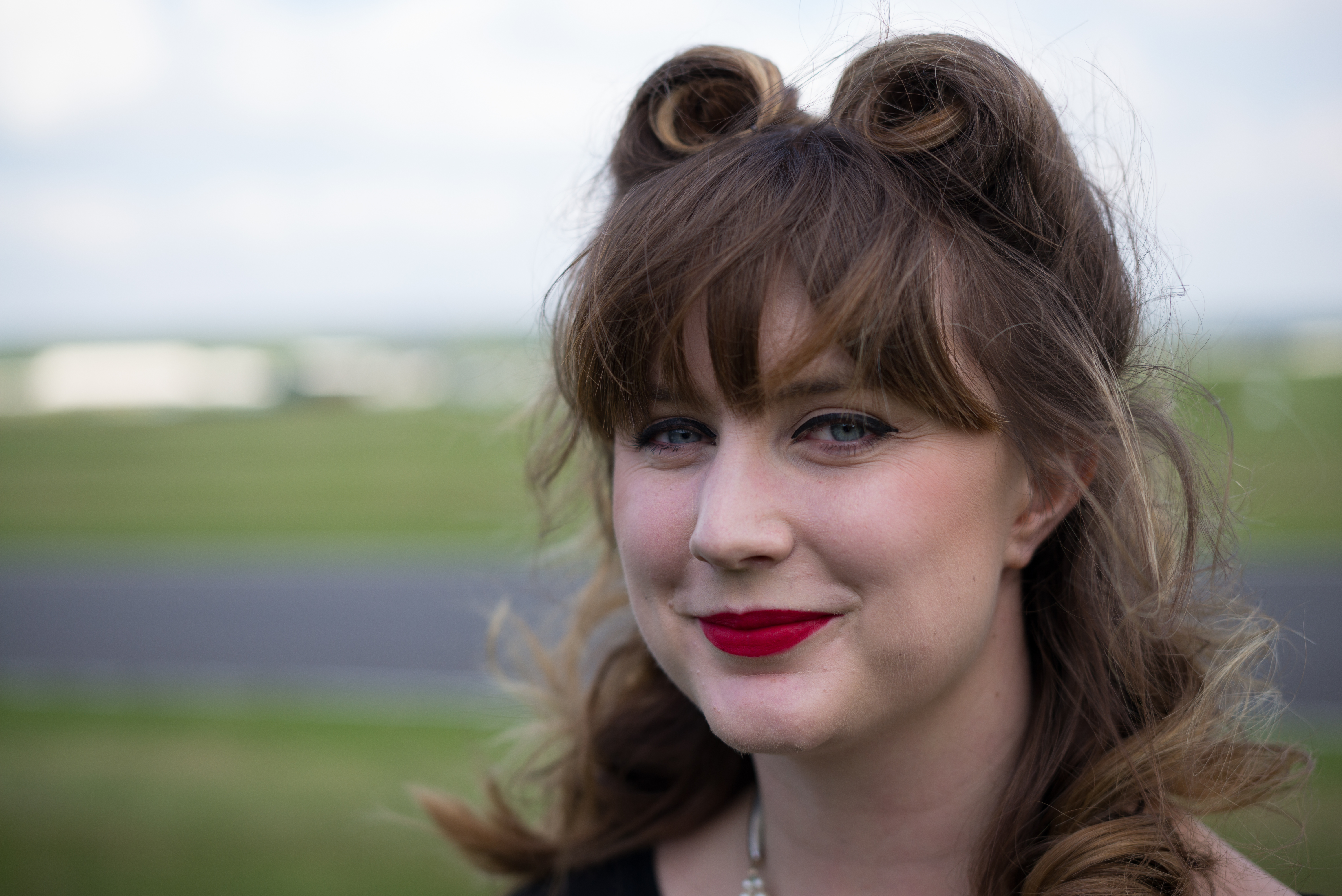 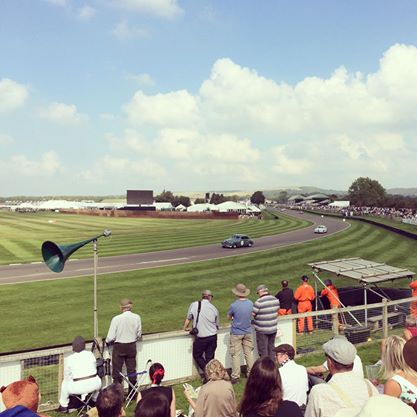 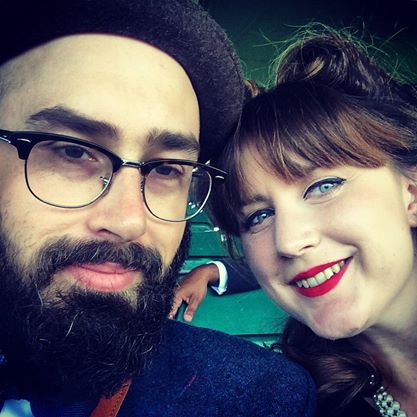 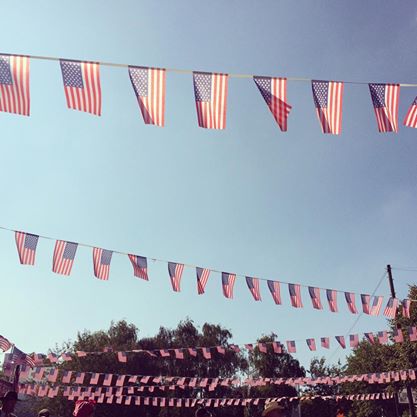 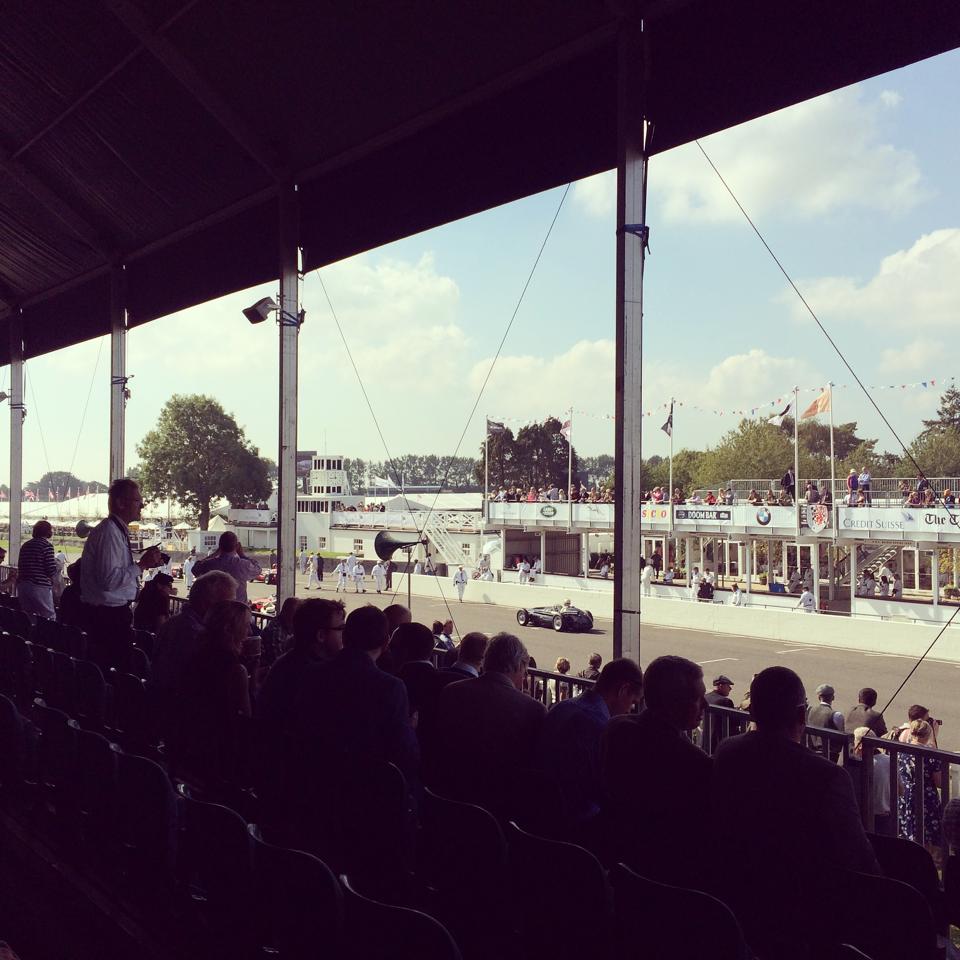 I took some pictures when we were in Prague for Valentines Day, and only just got round to sorting them out.

Prague really is a beautiful city, amazing that it’s historic buildings have remained so well in tact over the last few hundred years. 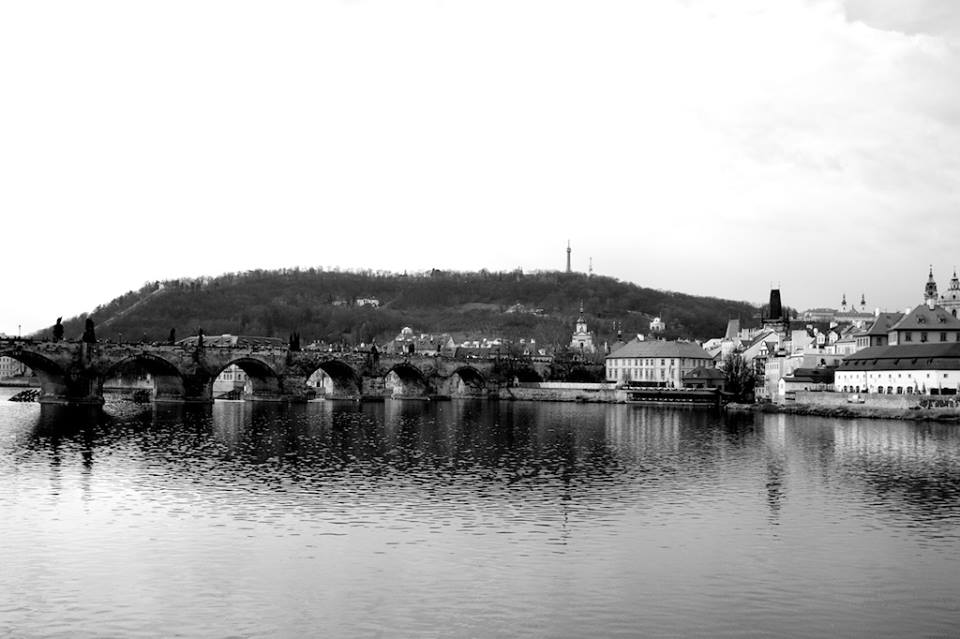 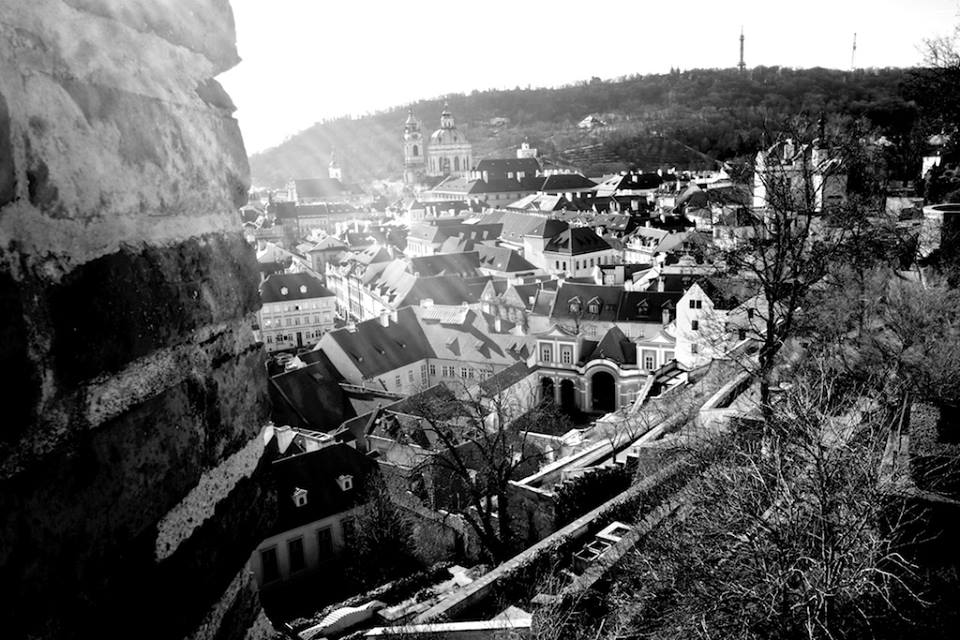 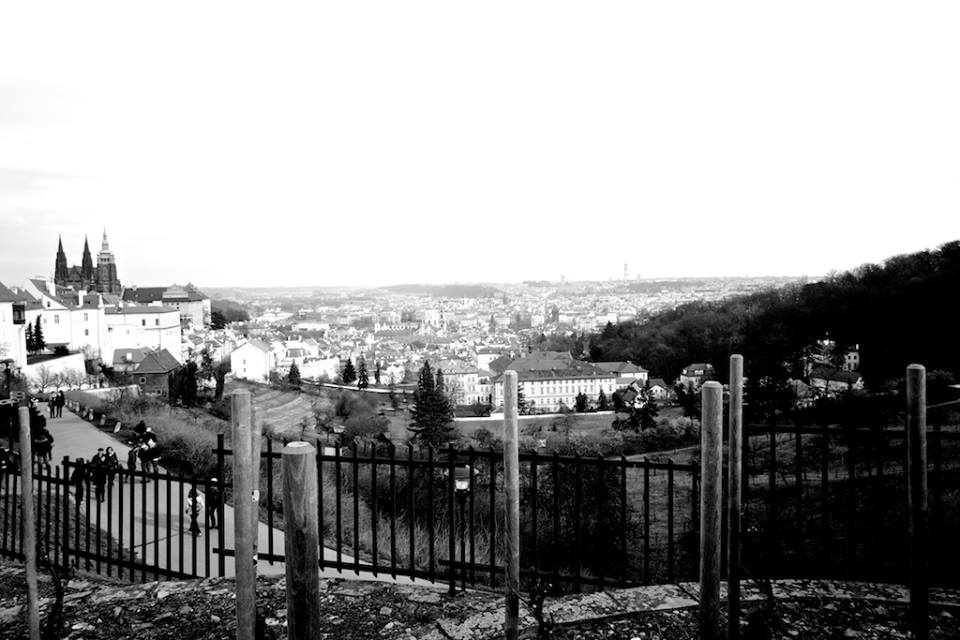 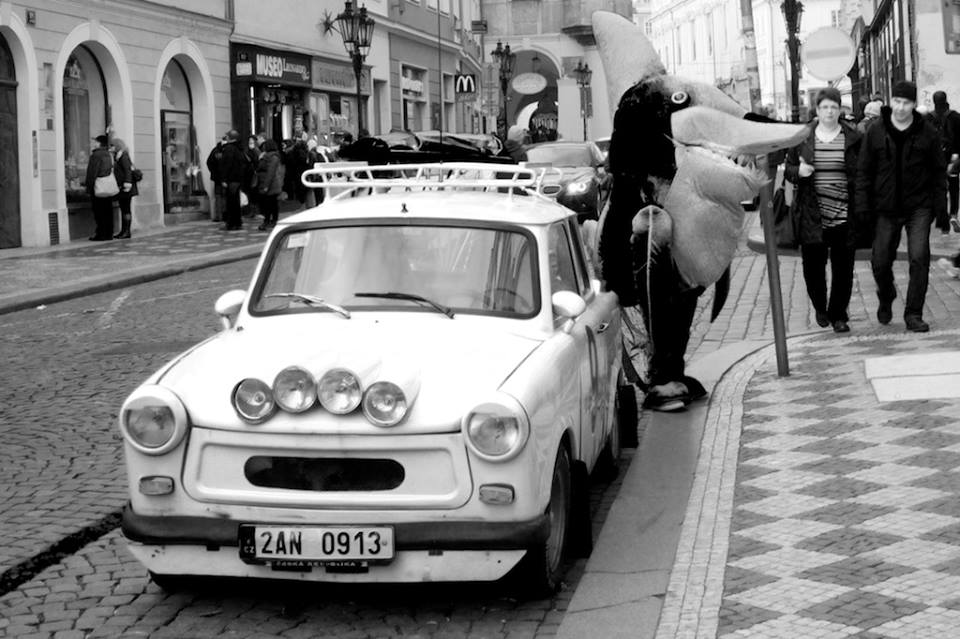 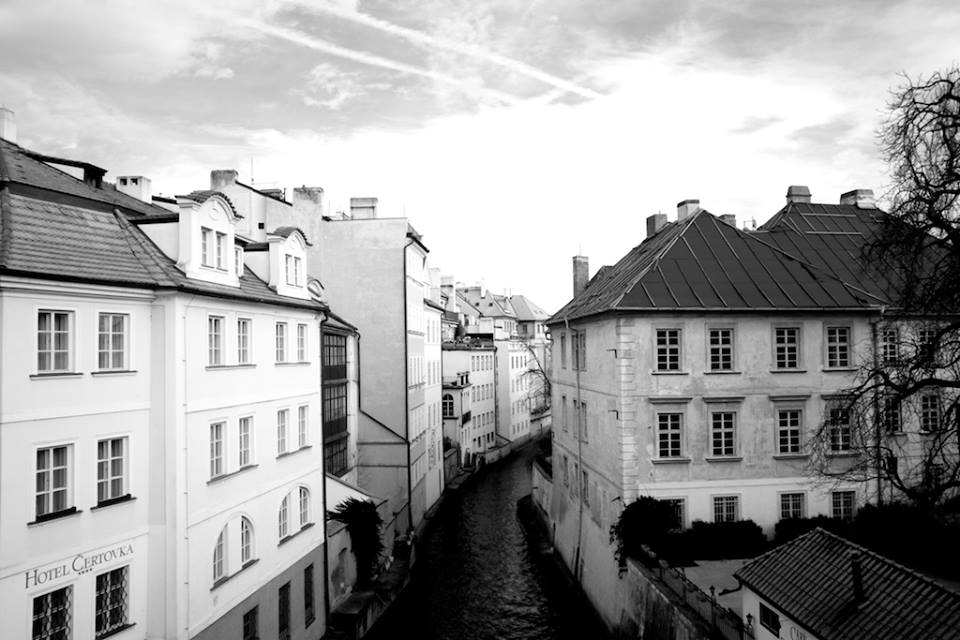 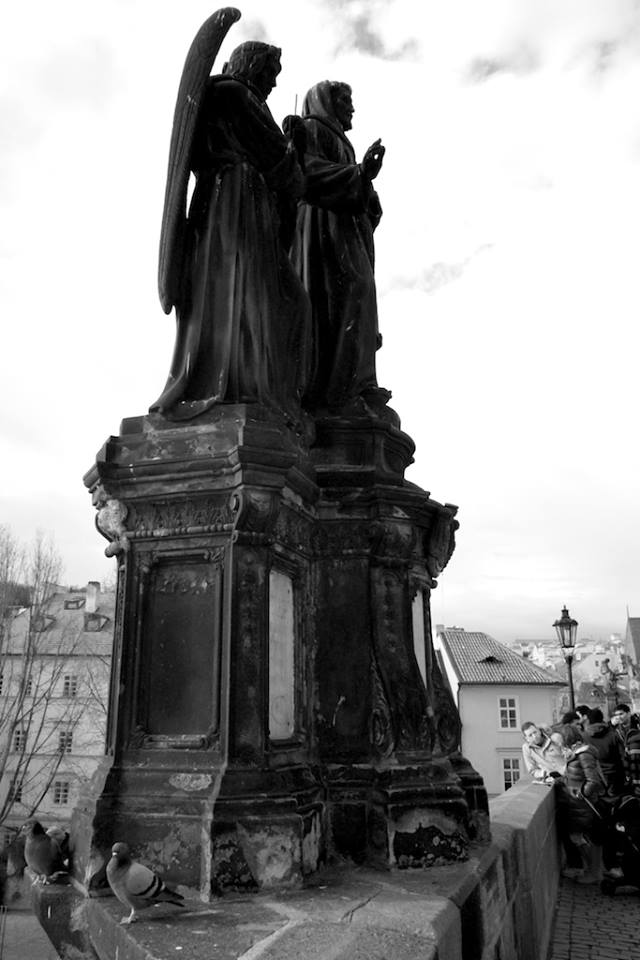 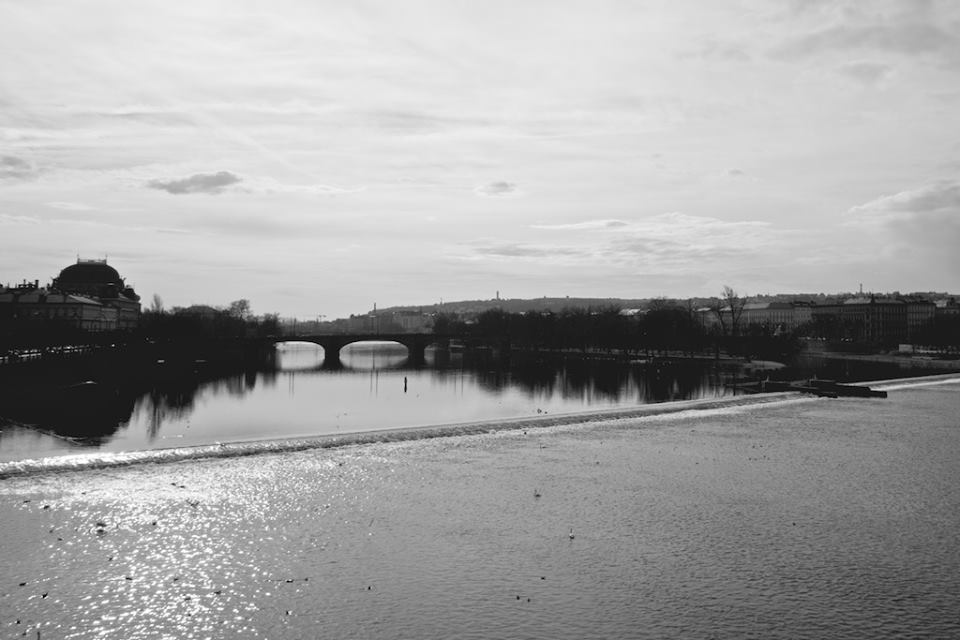 Have you ever been? What were your highlights?

Dan & I went to Stockholm over bank holiday weekend.

All the rumours are true – it’s a beautiful city with great architecture, good food and is so clean and quiet in comparison to London and Paris.

While I resisted the urge to splurge in cool skandi shops, we did get plenty of culture and enjoyed all the main sites that the city has to offer.

Areas we loved:
- Sodermalm – the South island with all the kooky boutiques and great cafes
- Djurgarden – the island which is essentially a forest, in the middle of town. Skansen the open air museum here was fun and pretty amazing. 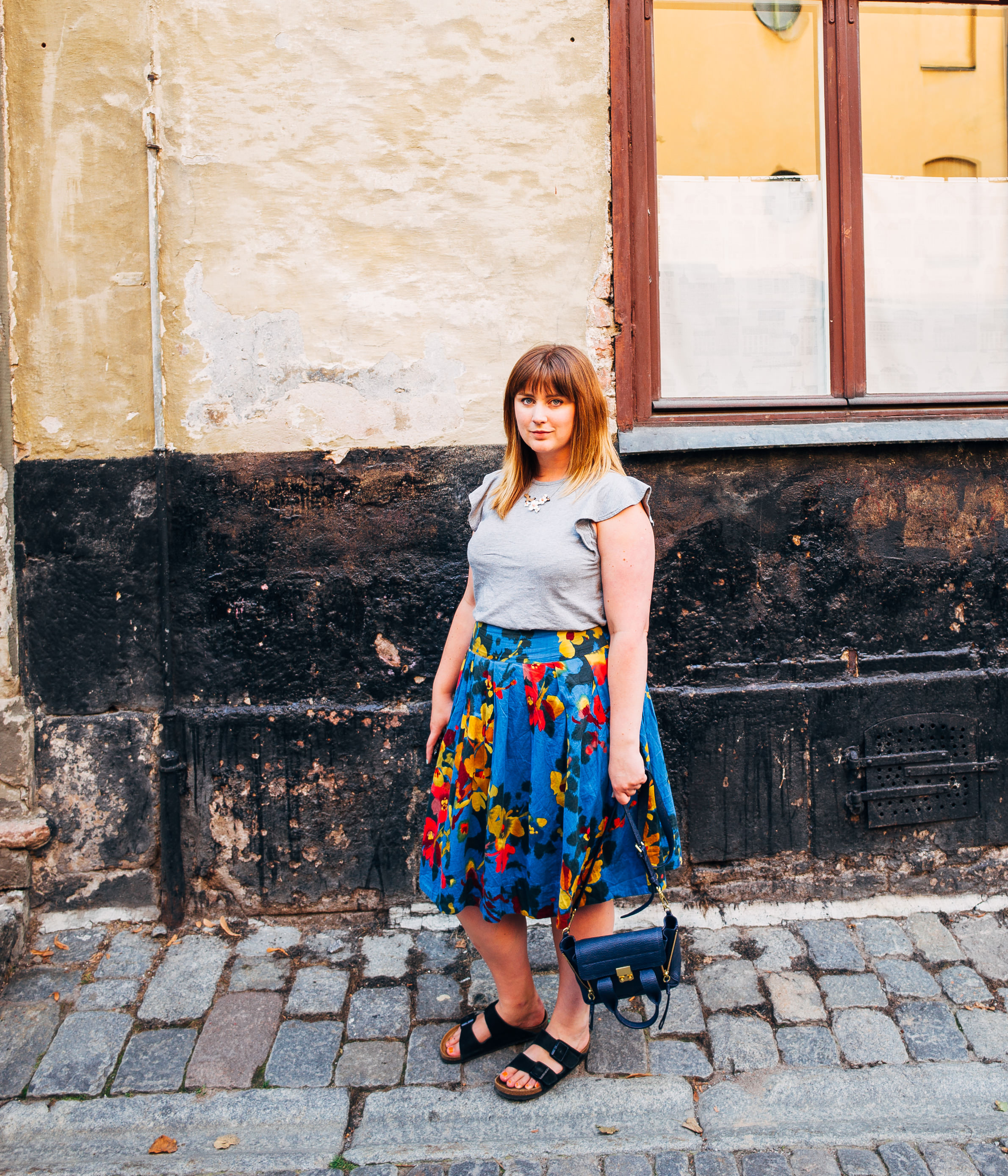 In the above I’m wearing a T-shirt from ASOS, Skirt from Toast & Birkenstocks. My bag is Philip Lim. 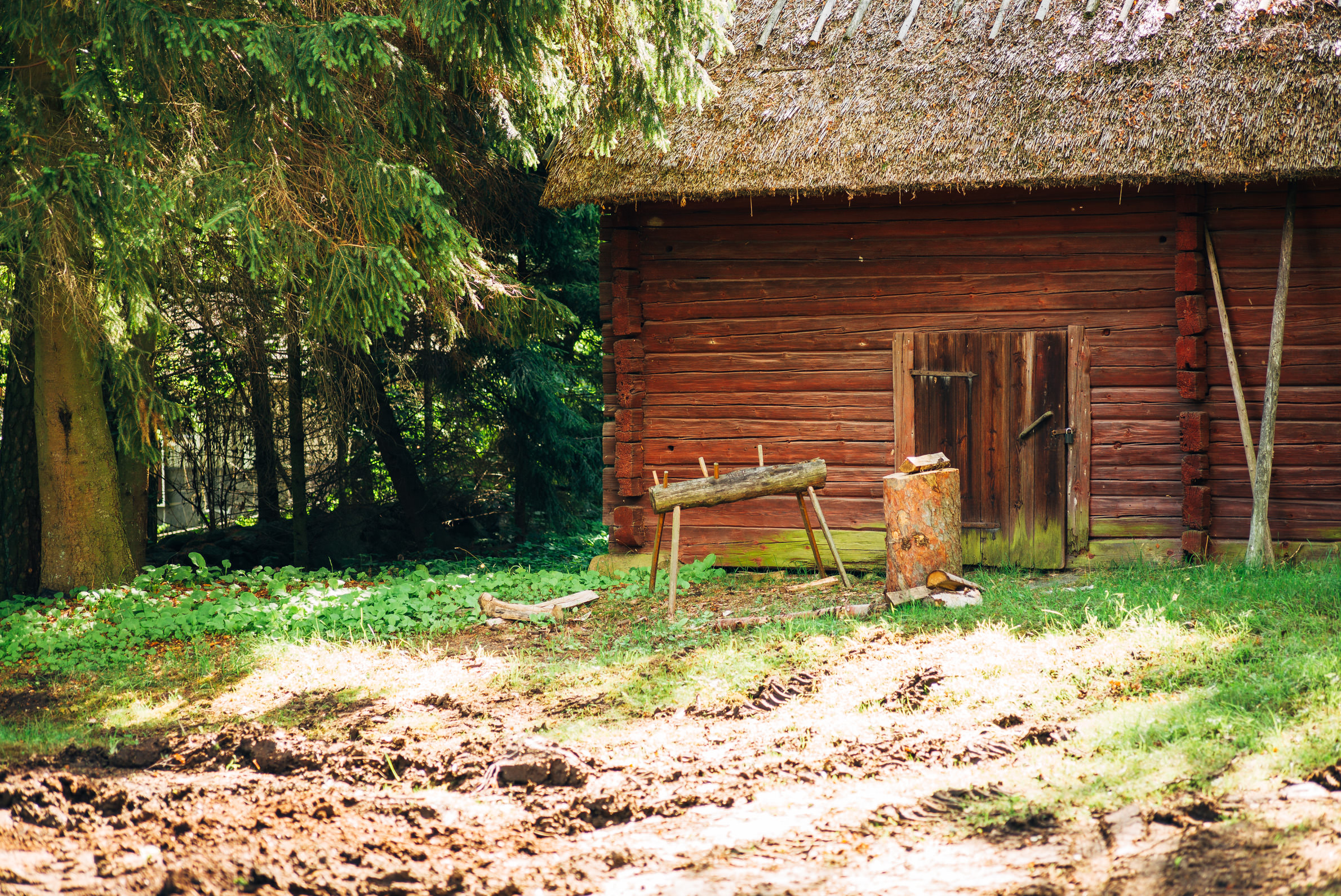 This is Skansen – it’s an open air museum and they transported loads of old buildings from all around Sweden to an area in the middle of Stockholm. Plus there’s a zoo.

Other things we enjoyed:
- Vasa Museum – This is the ship that sunk in Stockholm harbour about 30 minutes after it set sail (because the King at the time sounds like a pompous idiot!)
- Wandering around with our walking guide tourbook 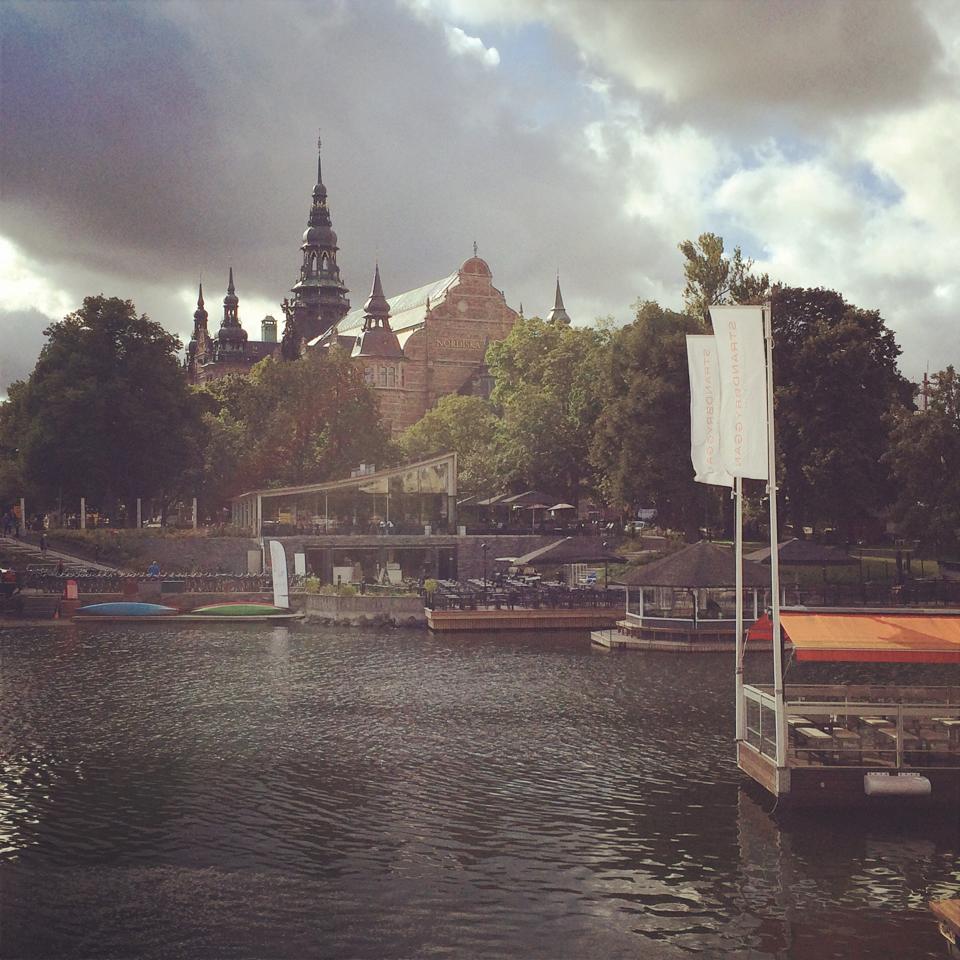 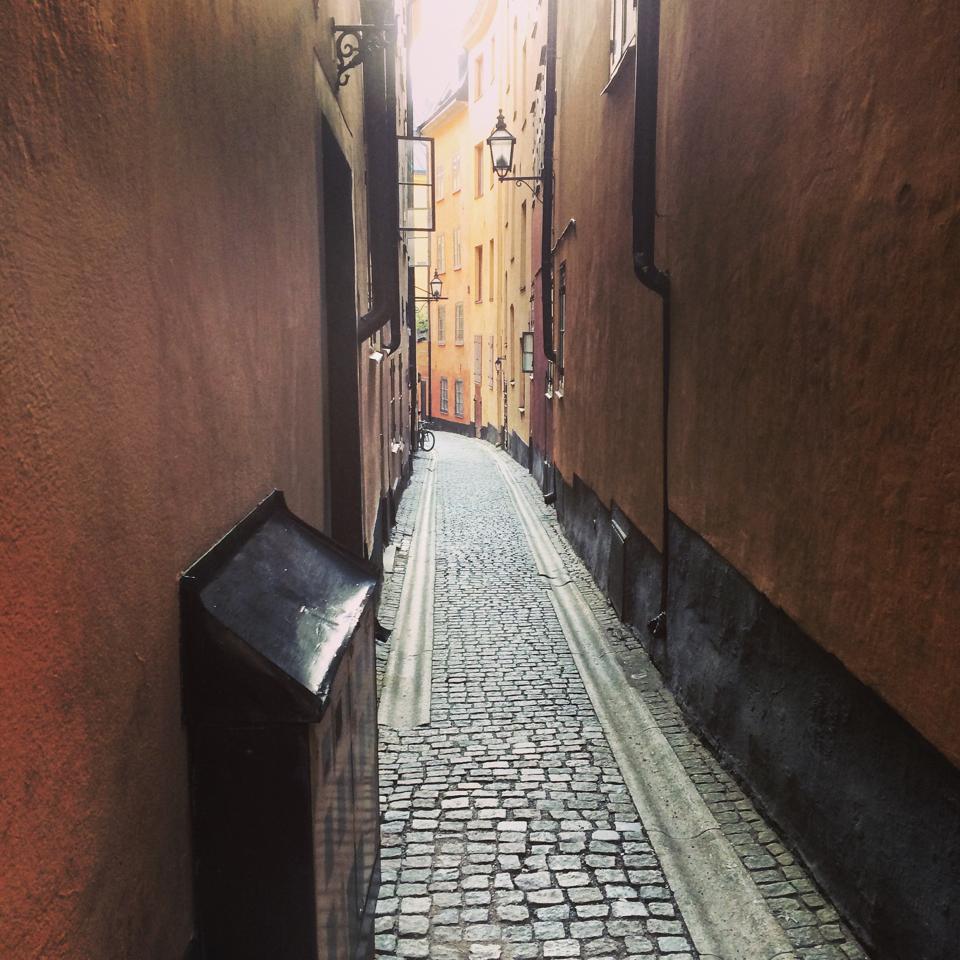 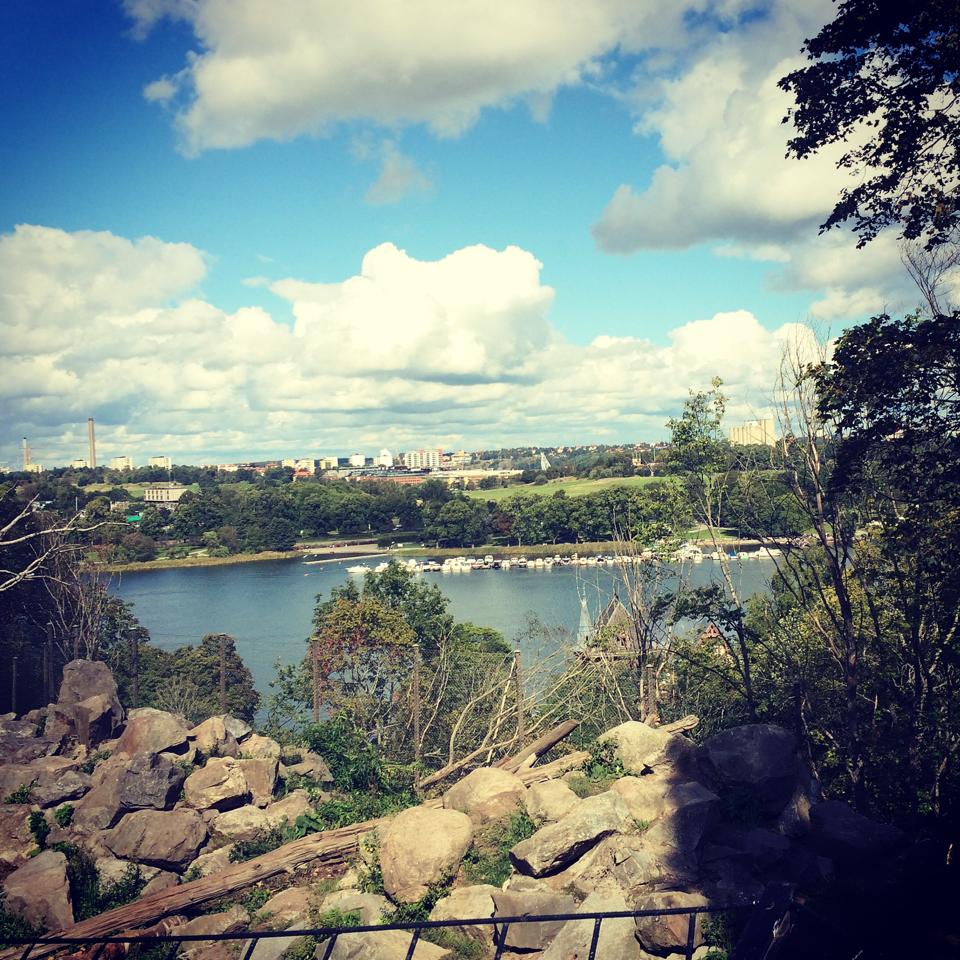 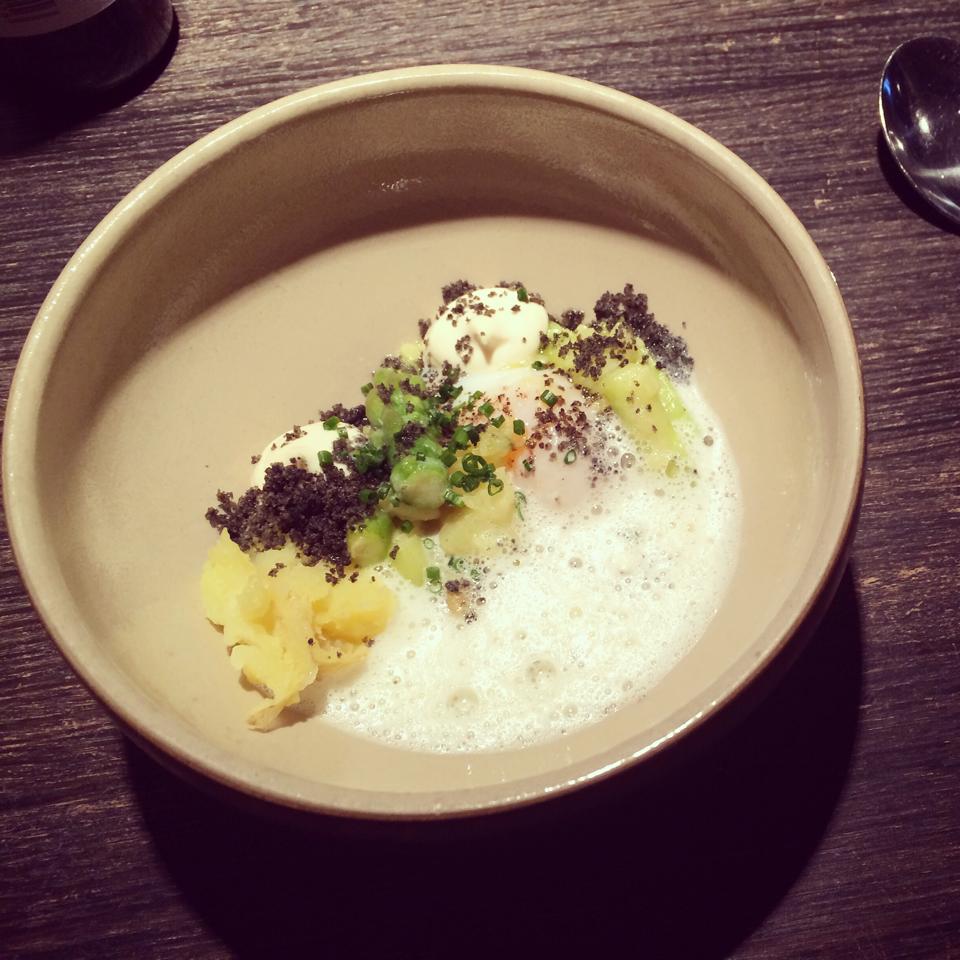 We ate at some great restaurants. Flippin’ Burgers was a highlight, as was this dish above from a 5 course tasting menu of foods from Sweden. 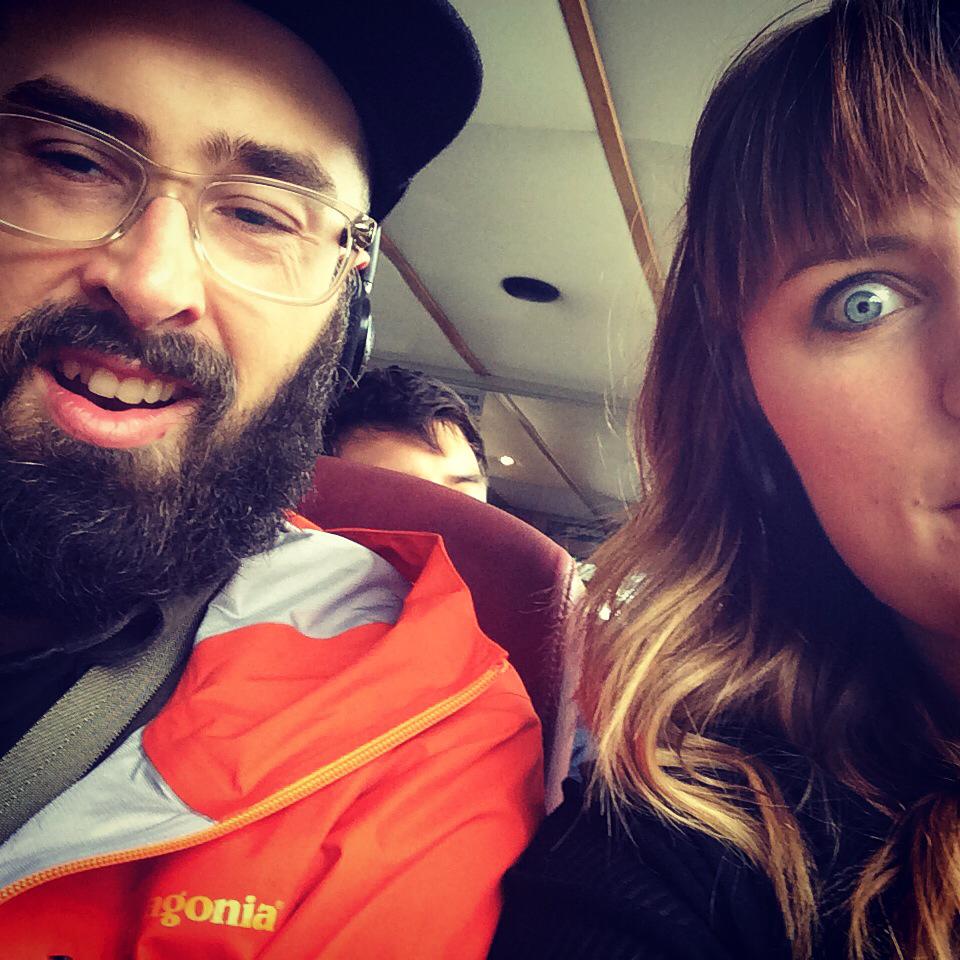 Oh yes, and we did the obligatory boat tour. 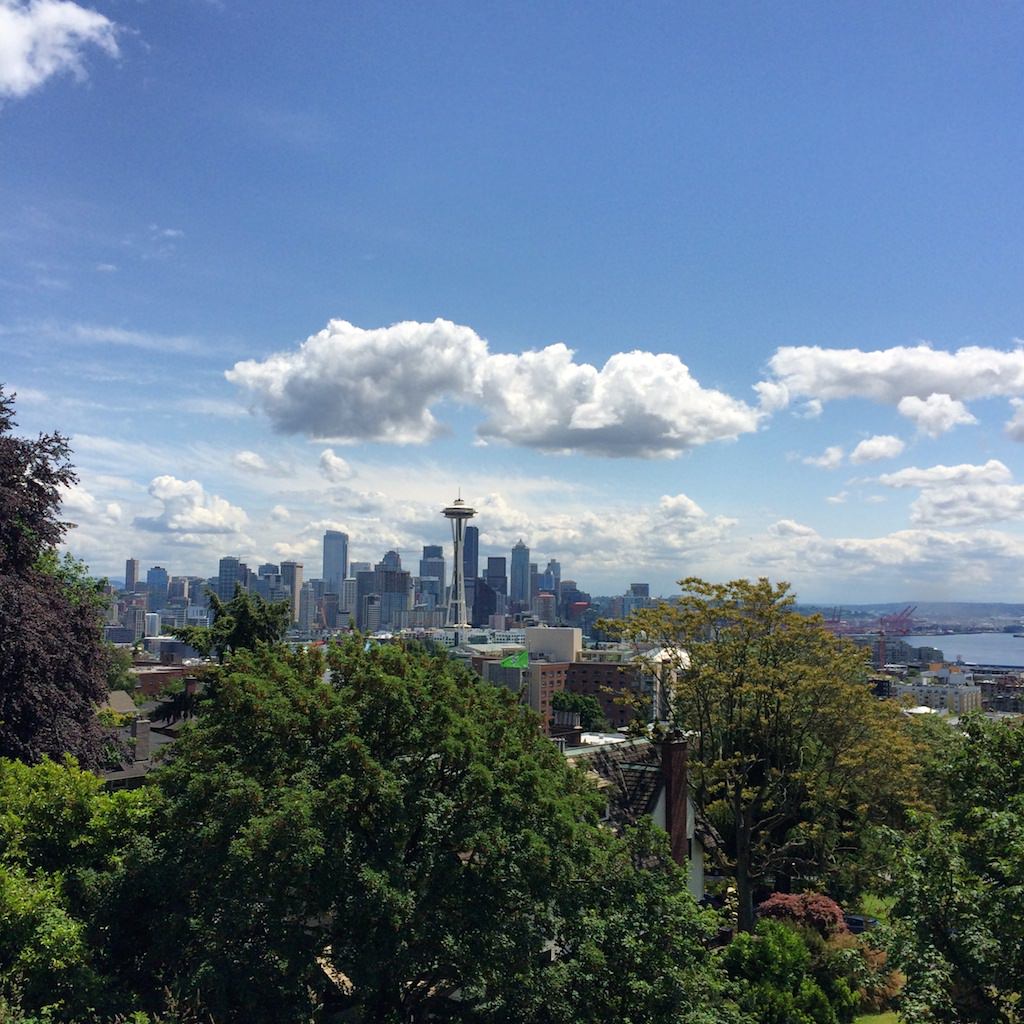 View of the Space Needle

In May, Dan and I embarked on a road trip to the USA. We booked through The American Road Trip Company after getting quotes from a couple of different companies, and doing some side by side research on which one offered the best quality accommodation for the lowest cost. We spent quite a while researching the best places to go and were really pleased with Chris, our road trip organiser, who helped us change some of the durations in specific places and hotels to make it perfect for us.

We flew from Heathrow on British Airways. I’m not really one for flying, but managed to get through the 10h flight to touch down in Seattle at around lunchtime, and made our way to our hotel down town. Here’s my first tip – in the cities, research the areas before you book your hotels. Down town Seattle is a bit like staying in a touristy bit of London; after having a look round Seattle we would have preferred to have been located in the more Bohemian part called Knob Hill (ha!)

We had a couple of days in Seattle and managed to pack a lot in. We went up the space needle (a must have for any Grey’s Anatomy fans – but guess what, it’s not even filmed in Seattle..), to the EMP museum which had exhibitions on Nirvana, Jimi Hendrix and loads of nerd stuff that one of the Microsoft founders has bought with his millions, and to Pike Place market. We also started our Zoo road trip, saw seals and greasy otters at the aquarium and got off the bus at the wrong place on our way to the museum of flight. Overall, Seattle’s tourist attractions were some of the best we saw in any of the cities. 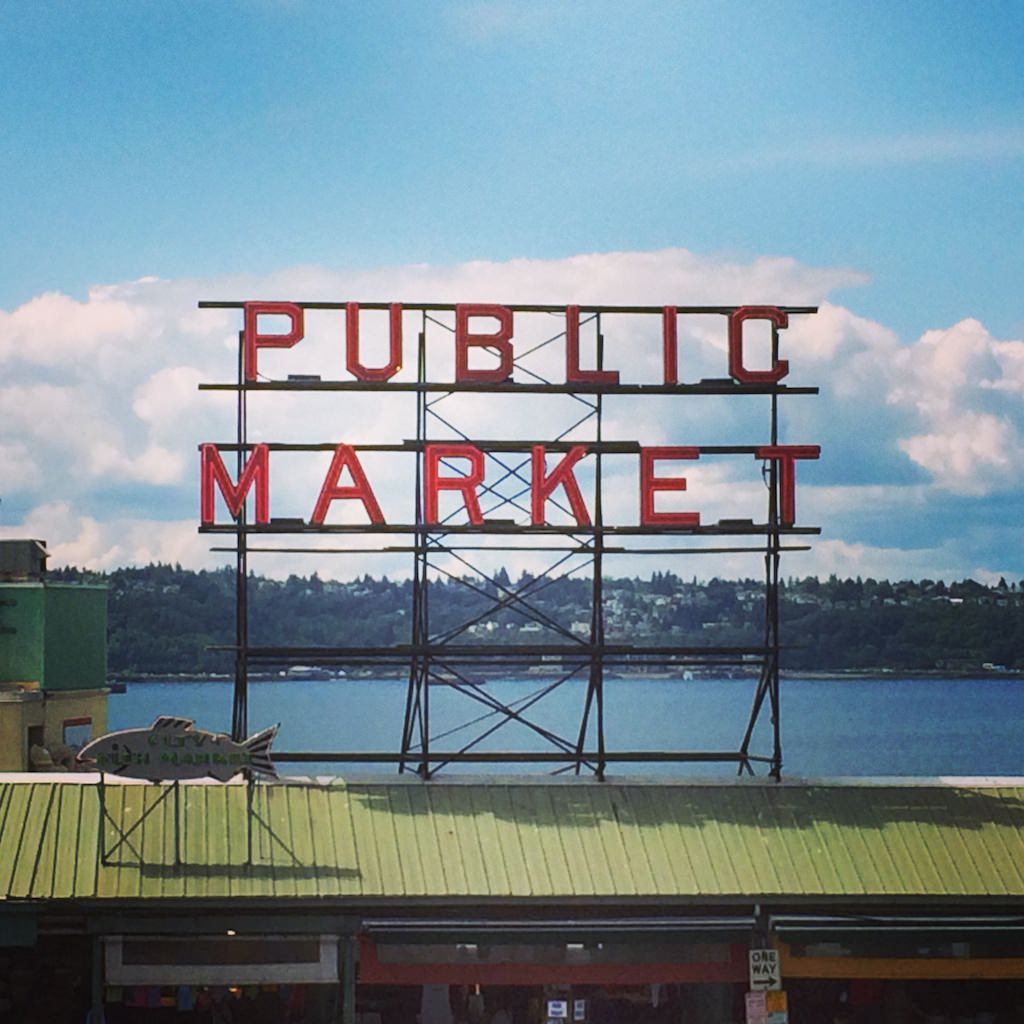 Oh, and we shopped. I think we both realised that it was going to be a lot cooler than we were hoping for, so visited Nordstrom and Patagonia for new jeans and coats.

I bought some NYDJ jeans, an indigo pair and a washed pair, and paid over half of what you can get them for in John Lewis! I also made my first of many visits to Sephora and spent a small amount of money (lol) on new make up – you can see more of that here. 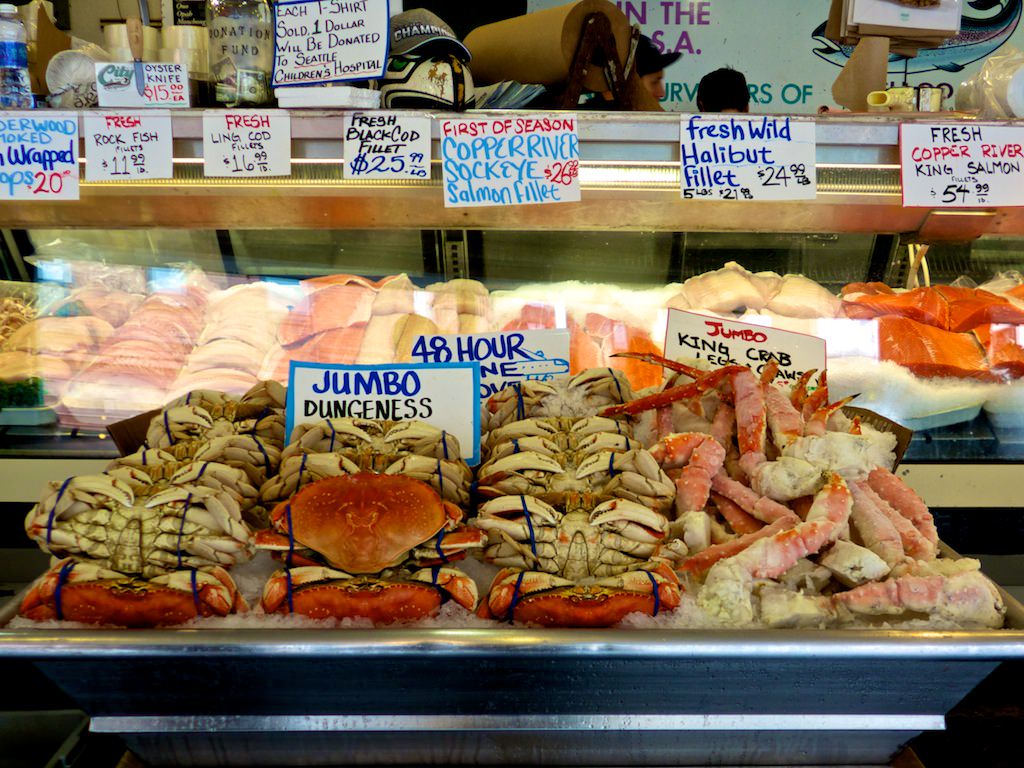 After a super enjoyable start to the trip, many nice meals out and lots of sites seen, we picked up our car (truck) without a hitch on the morning of departure, and made our way to the Bainbridge Island ferry terminal, and into a totally different world of logging, cabins and some of the most beautiful scenery we were to see on our trip. 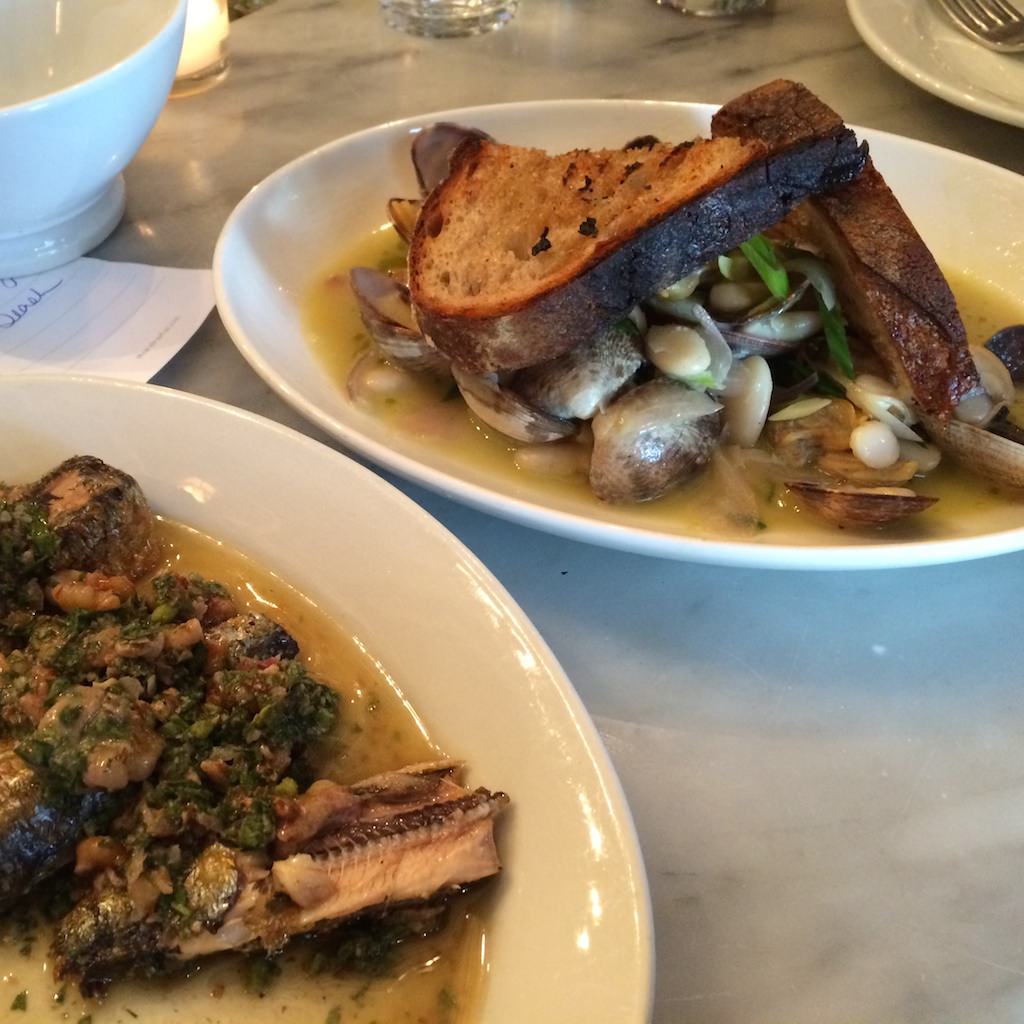 Eating oysters at the Carpenter & Walrus