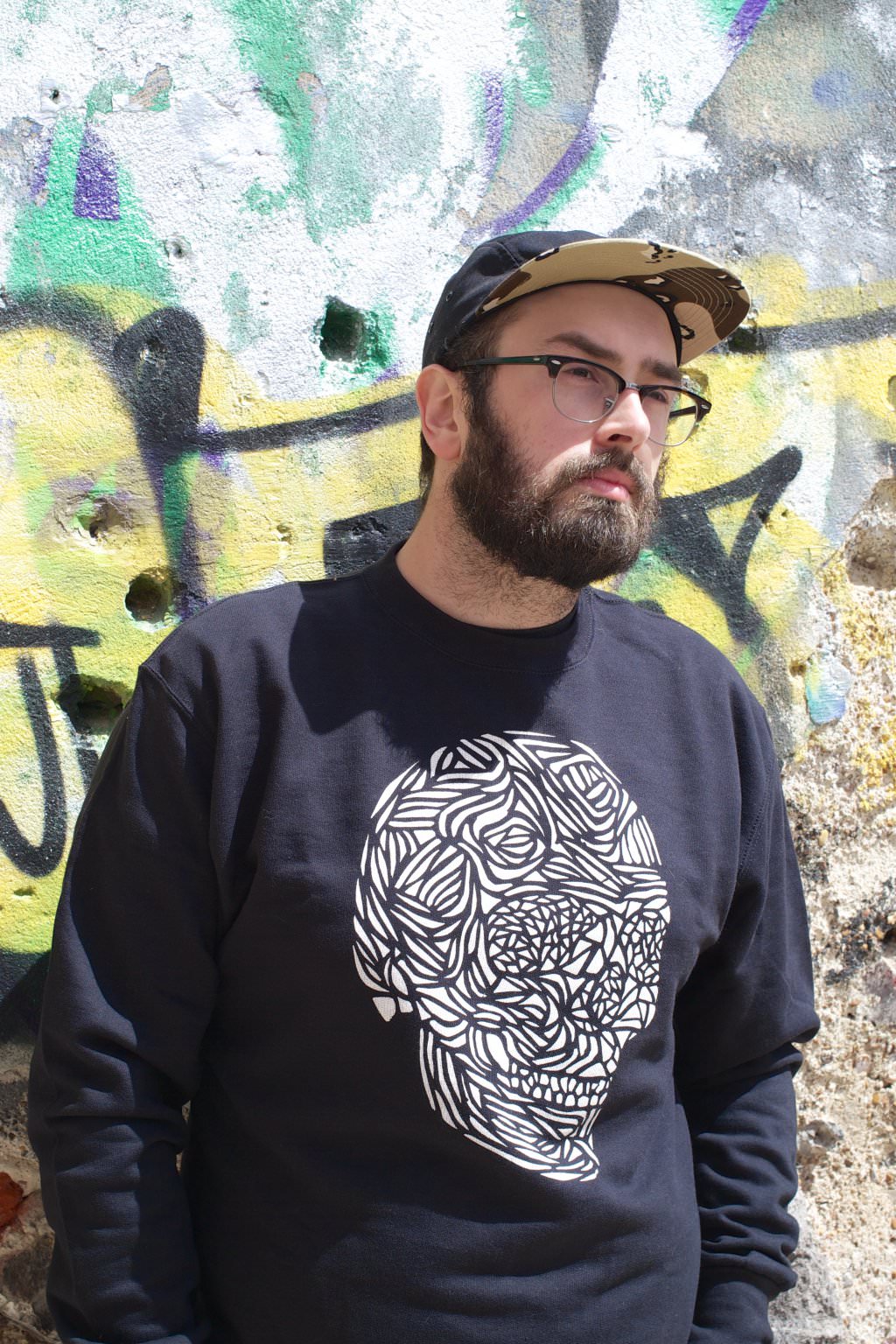 Bit of a different outfit of the day post today, bought to you by the fabulous Bundy & Webster. The label is the baby of 2 South-Londoners who are collaborating with some amazing graphical artists & illustrators to produce t shirts and jumpers. Currently they have a men’s collection, but don’t worry ladies – apparently there will be a women’s collection next season so keep an eye out. 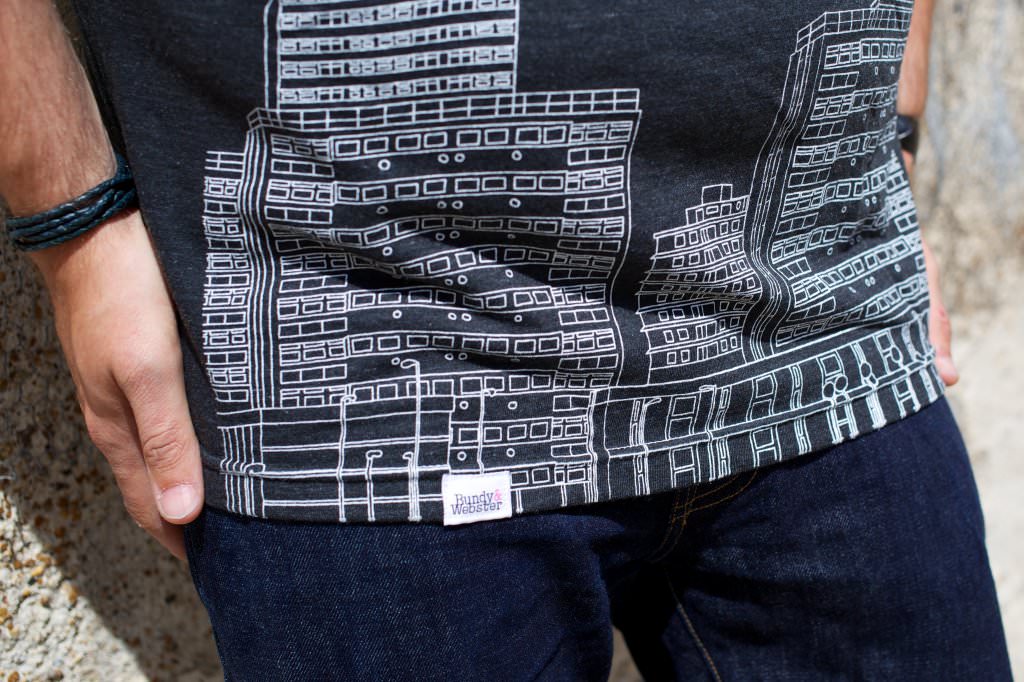 Dan very willingly agreed to be my hunky male model for today’s ootd. I knew he’d love the designs of the crew necks, and we were both pleasantly surprised at how good quality they were. I also love the attention to detail – small B&W labels stitched on the hems and great branded tags. No stone unturned! 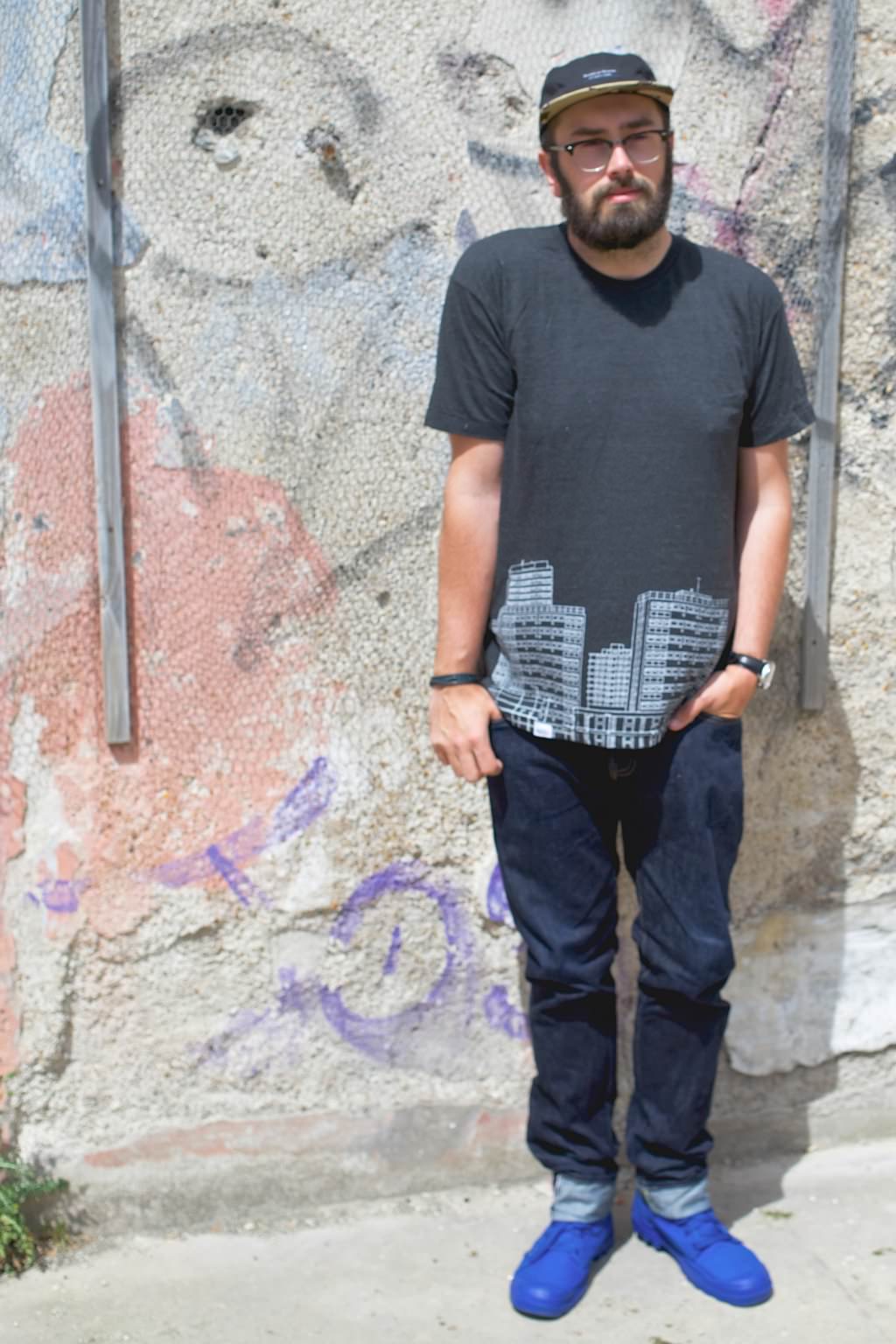 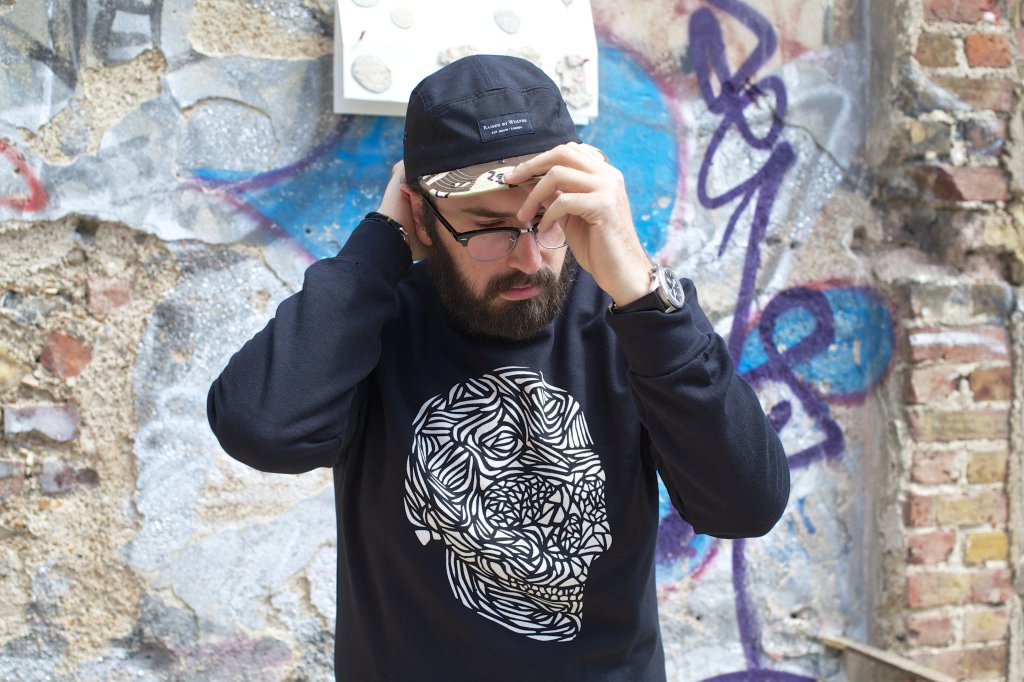 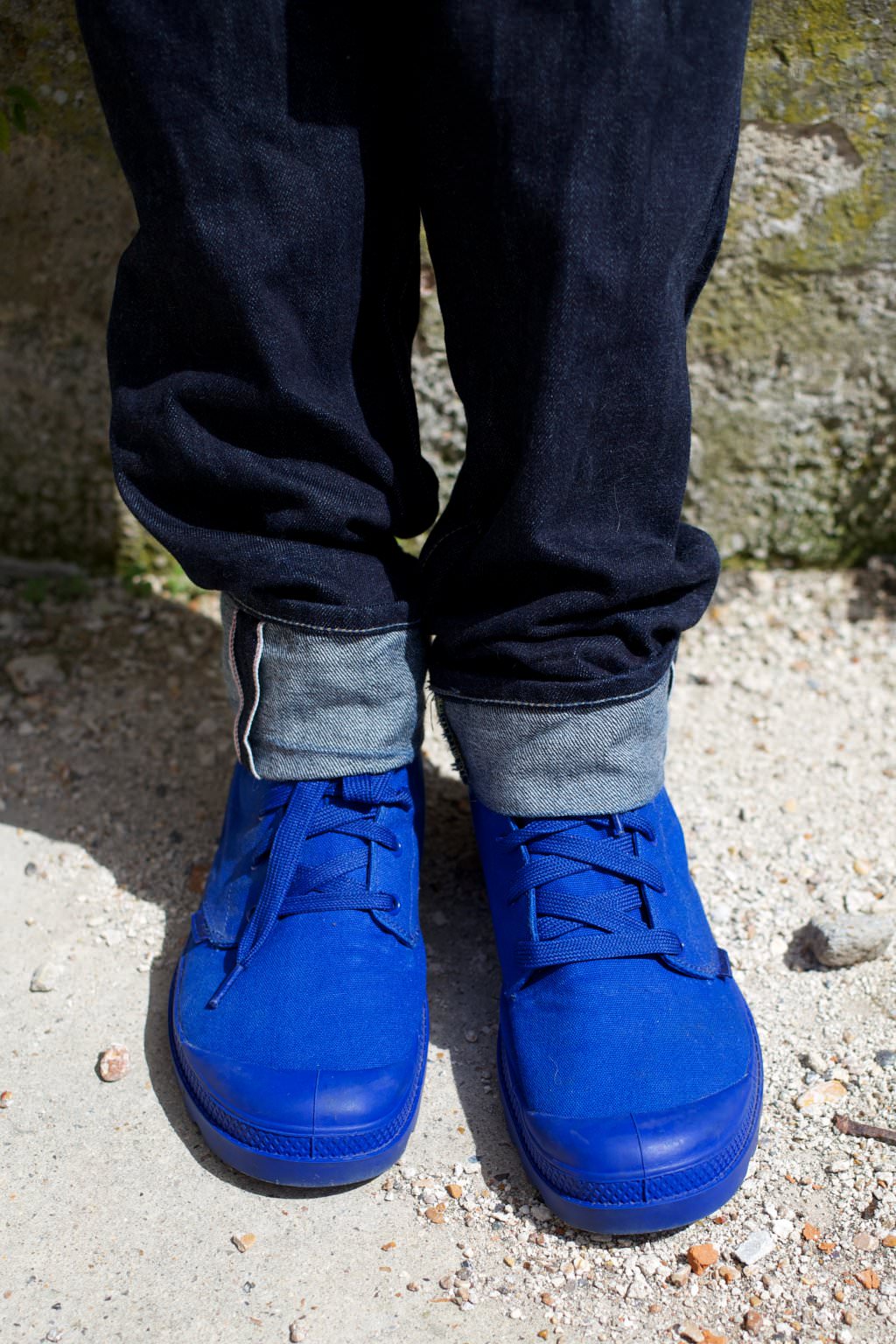 When Dan bought these boots home I have to say I was a little skeptical, but they’ve grown on me! Sometimes he’s definitely more fashionable than I am (all the time). I did buy him this funky Raised By Wolves cap though. I’m always a little envious of how easy it is for guys to dress – you can pretty much be a lot more inventive with colours and prints while knowing that a Medium Tshirt is a Medium and that trousers are trousers. No silly dungarees, thigh split skirts & denim shorts here, thank you very much. 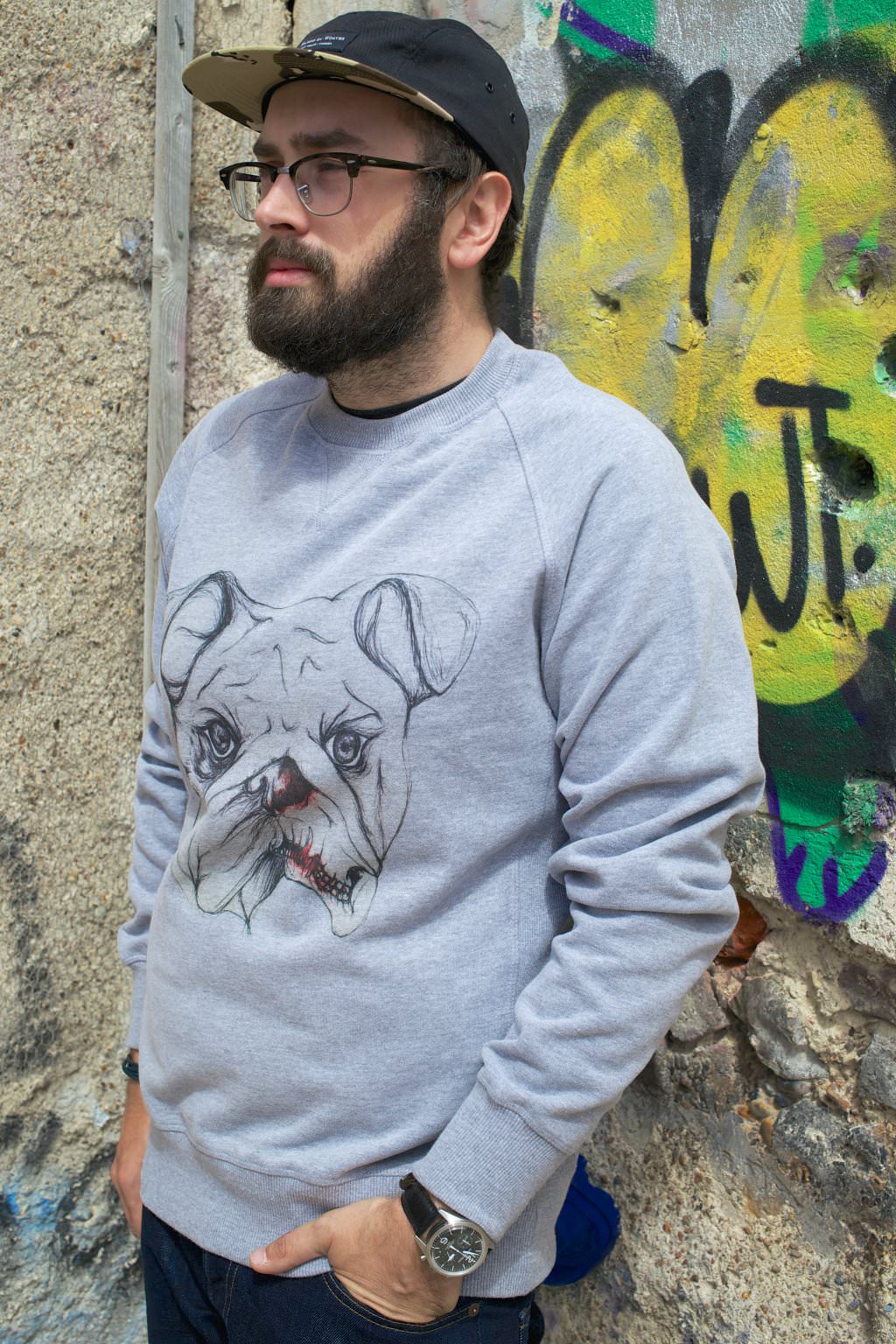 I’m particularly fond of this illustration. Not that dissimilar from Eva, right? 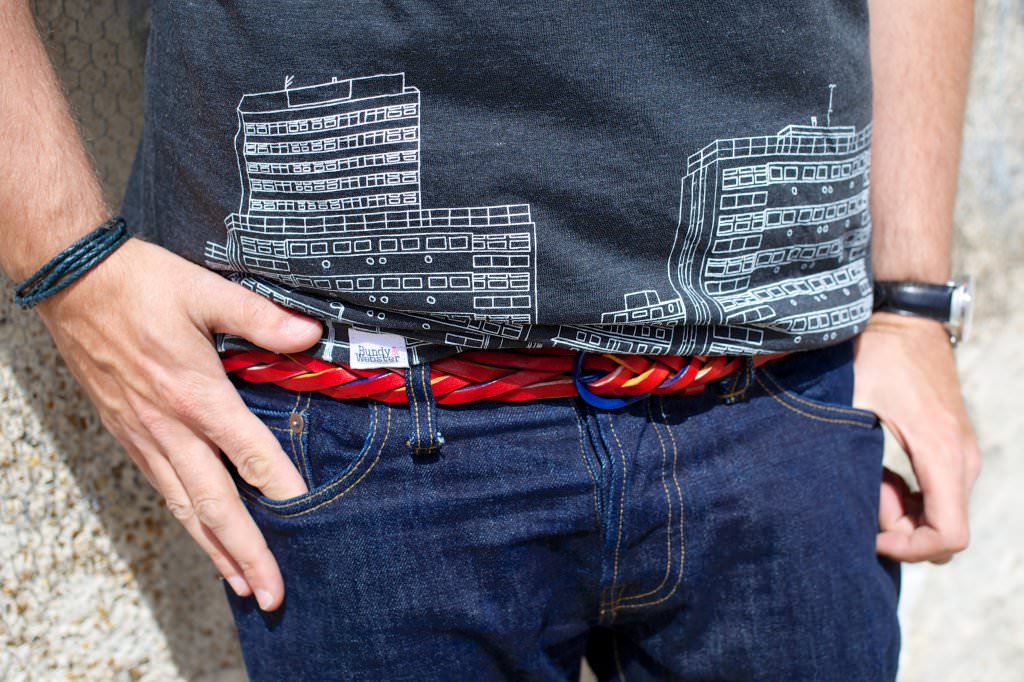 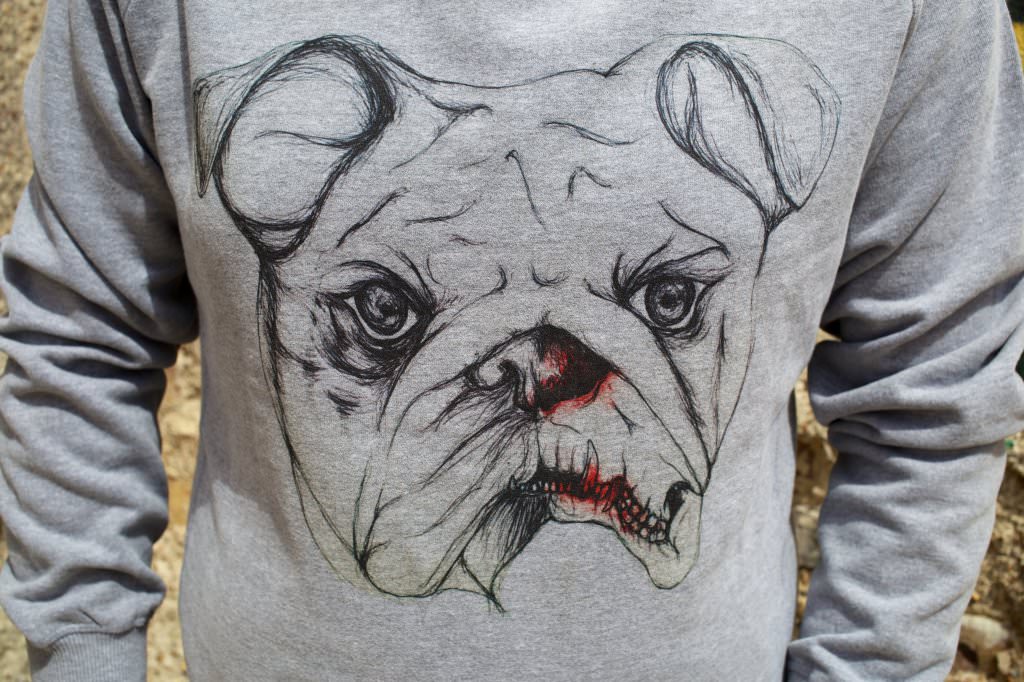 So, a change from the normal (and possibly a good change!). I wonder how many of you dress your other halves? Because I certainly am in no place to dress mine..

Hope you all have a great week! 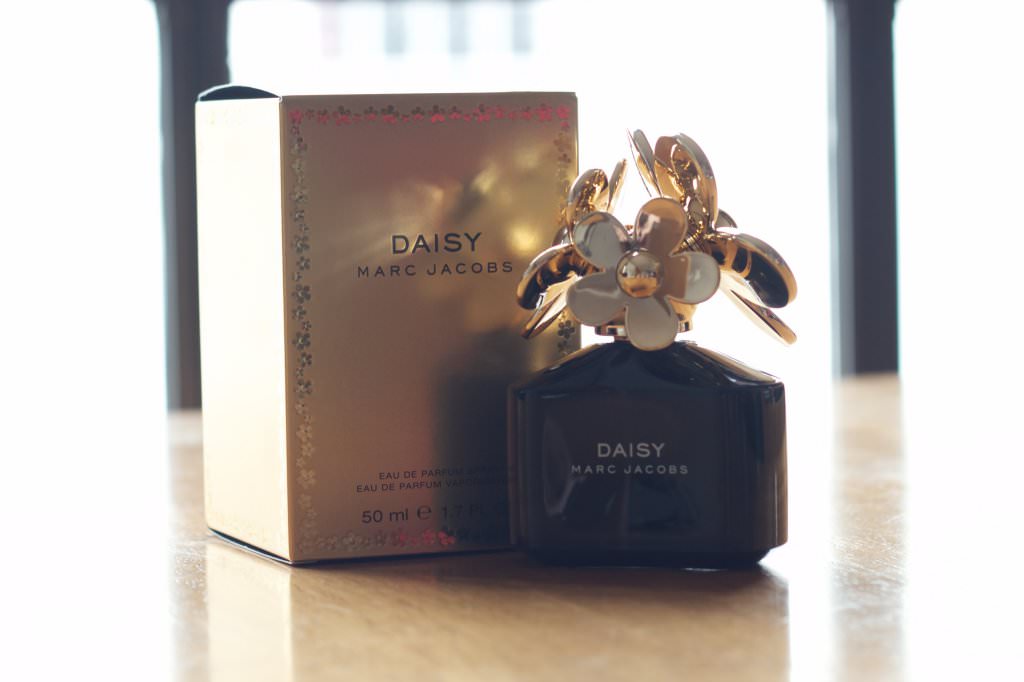 I’m a big fan of Marc Jacobs (and Marc by Marc Jacobs, apparently you’re not supposed to confuse the 2, but I will, thank you!). I think what he’s done in the last year or so is great – perfectly filling the gap between high street and luxury on price point, target audience and design. Desperate to own a small piece, I asked for the Shorty USB stick keyring for Christmas but was refused as my Dad just didn’t get that £35 was alright to pay for a USB stick, as long as it was a Marc Jacobs one. Damn.

A couple of months ago I treated myself to the Marc Jacobs ‘Lola’ sunsheer perfume – I really liked the packaging (again, my downfall) and it’s fresh fruity aroma. I also really liked the standard ‘Lola’ so I went back into Boots last weekend to pick that one up…and came back with ‘Daisy’ instead!

This was due to my impeccable timing (which never normally happens) and there being £10 off fragrances if you spend £50. Rather than buying 2 Eau de toilletes, I decided to try some Eau de Parfum out – from my days with Christian Dior’s ‘Addict’, I learnt that Eau De Parfum not only lasts longer but also gives a stronger smell (i.e. it exists after about 20 minutes).

I found ‘Daisy’ by Marc Jacobs to be wonderfully fresh, but at the same time provocative. You can definitely smell the Jasmine, and it would suit evening-wear as well as during the day for the more daring among us. While perfume is obviously a very personal thing, I think this musky scent would be a good bet as a present for the discerning lady, and at £50 (or £40 in my case, woo hoo!) for a 50ml bottle of Eau de parfum (with a very cool top, as ever) I think it’s pretty good. I think I prefer it to my sunsheer!

What’s your signature scent? Are you an Eau de parfum devotee, or do you just go for the eau de toilette? 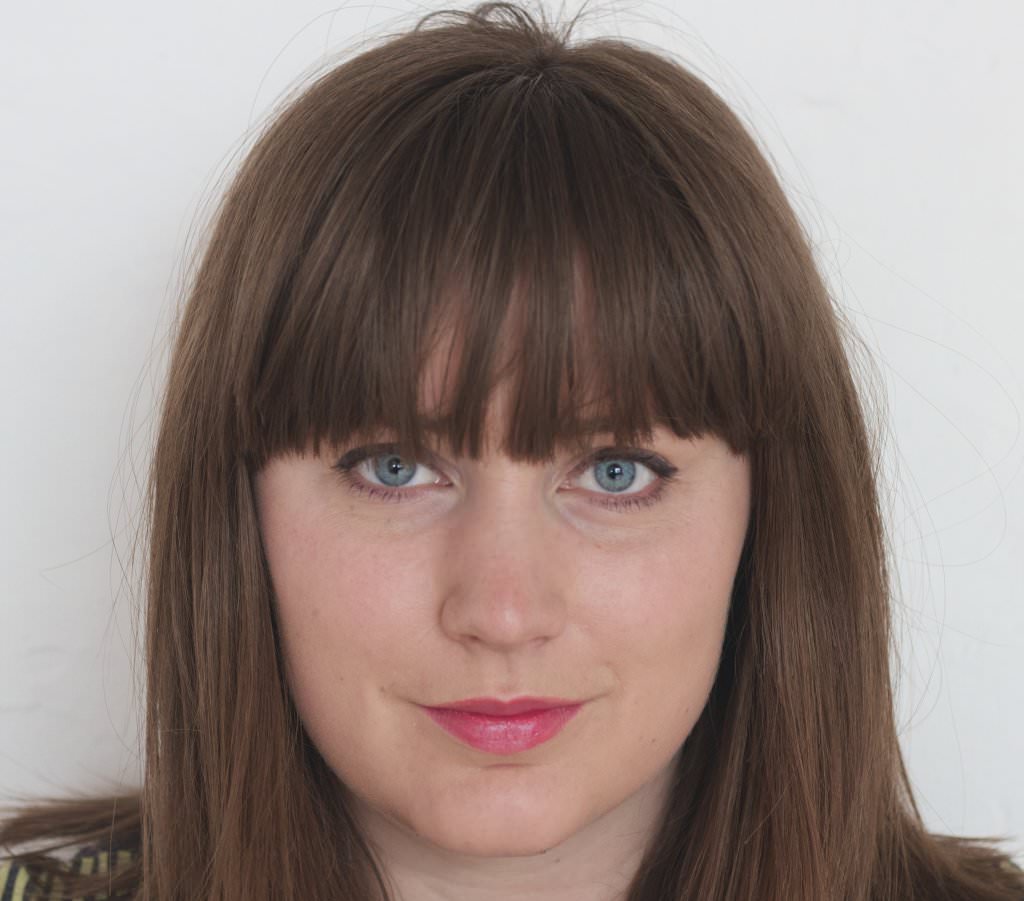 I’m always up for trying out new make up brands, especially ones which are not so readily available.

Oriflame is a bit like Sweden’s Avon, and after Mad Men I thought it would be good timing to feature them on the blog. The company itself is actually pretty huge. I’m sure I’ve heard of them before but it’s only been recently I’ve started seeing their products around – they operate in 60+ companies and have over 7900 consultants. Wow. Actually, one of my favourite things about the rise of e-commerce is the visibility we now get on overseas products – the skin & beauty products like Vichy from France, Benefit from America and Moroccan Hair Oil. There’s actually a pretty good list of things to pick up abroad here.

But, back to Oriflame. I guess there’s a few things you might want to know:
- No, they don’t test on animals
- Yes, they are big charity supporters
- Yes, they do everything from skin, to fragrances, to hair
- No, they aren’t new. They’ve been around since 1967.
- Yes, the prices are great! (And if you sign up as a consultant you get up to 35% off)

I tried 3 of their products, chosen because it’s pretty much the same as what I wear on a daily basis (but a lot less expensive) and here’s what I thought: 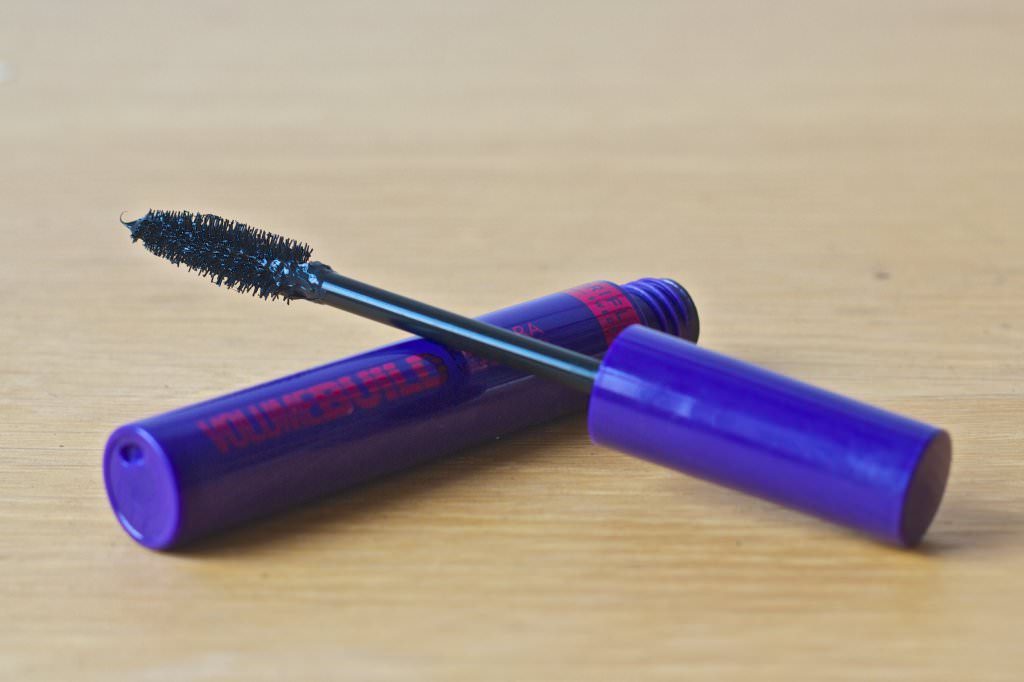 I was slightly concerned at how this mascara would perform, judging as I always do, by the packaging. While it’s a very lovely purple colour, I’ve been recently spoilt by the Lancome packaging and wasn’t impressed with the cheapness of the plastic!

But, cliche time. Don’t judge a book by it’s cover.. and after all, mascara is supposed to define your eyes, whether or not it comes in posh packaging. What I particularly liked about this mascara was it’s texture. The actual liquid was thick enough to actual define my eyelashes whilst not being clumpy.

I think for £8.45, without consultant discount, this is just as good as standard mascara’s you get on the high street which cost around a tenner. Can’t ask for more than that! 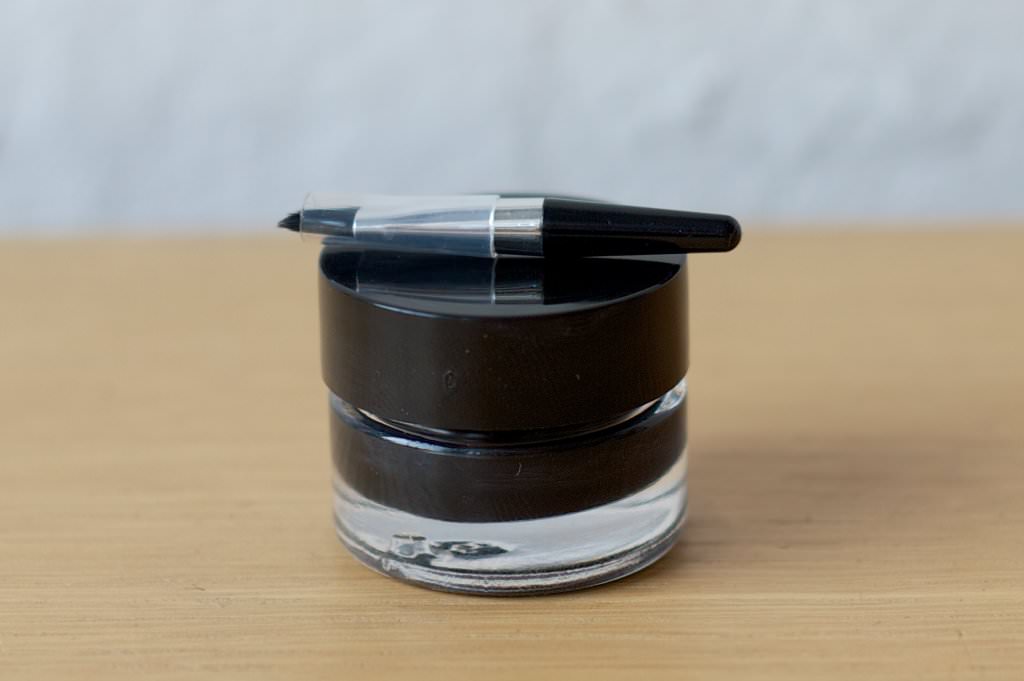 I’m somewhat of an eyeliner junkie. I love a good cats eye, and have tried everything: kohl, pen, gel & liquid. My favourite for years was the Bourjois ‘Liner Pinceau’ which I now seem to not be able to buy at Boots, so recently I’ve been trying out gel eyeliner (as is all the rage!).

This Oriflame Studio Artist Gel comes in a very cool little box with a tiny brush (although I will admit I used my longer version). It was really easy to apply, however I found it to be much thinner than I am used to, not creating such a defined line. I was a bit put off by this, but later on in the day I thought that it would actually be great for making a more smokey eye. 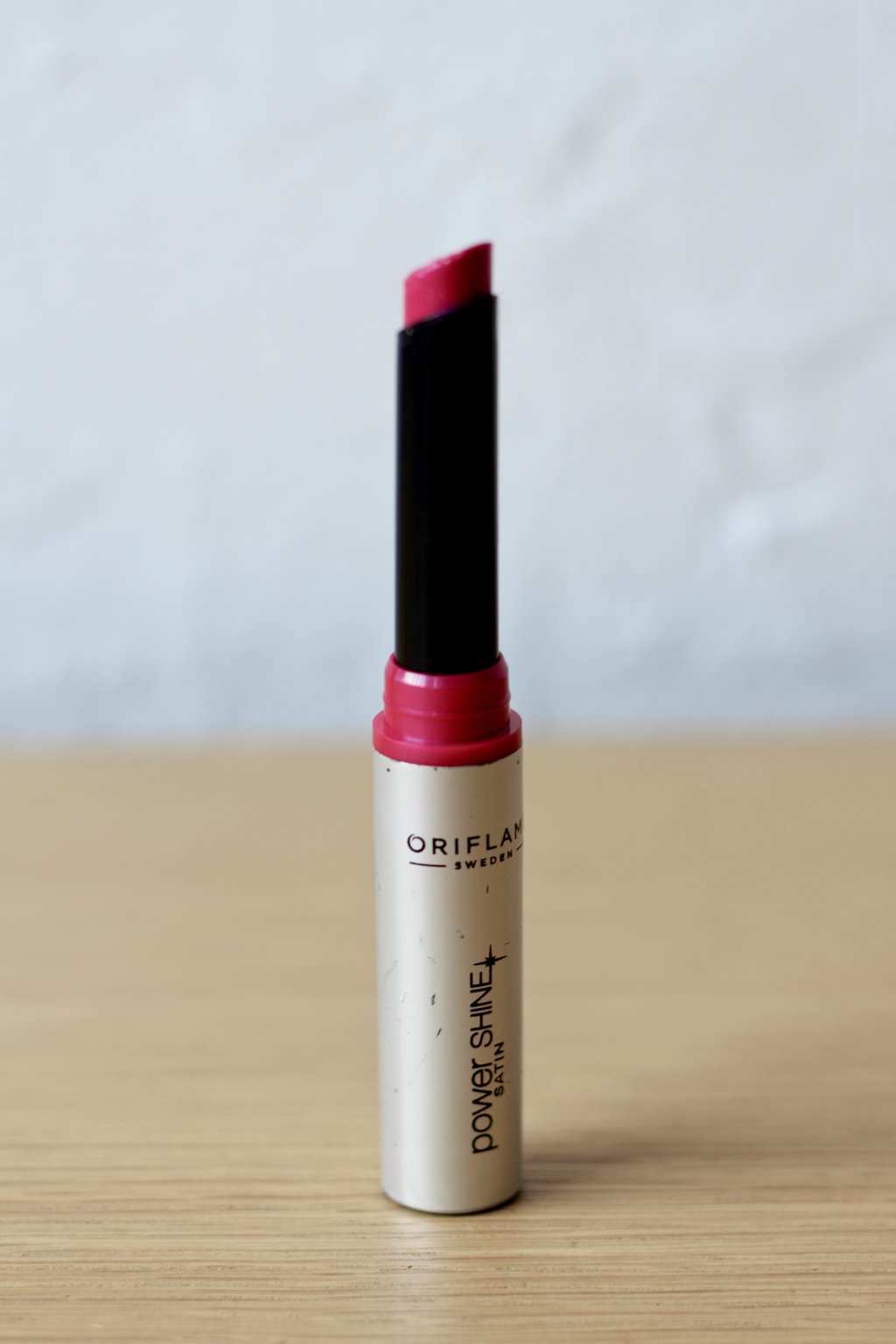 Finally – the lipstick. I never used to wear lipstick pre-Topshop make up, and now only ever wear matte shades or use my fave Nars pencil. And it’s normally red (unless it’s Brighton Rocks!). So this Ultra-Pink satin shine was a bit out of the ordinary for me!

I actually really liked the result and found that after I blotted it, it actually went a bit matte and lasted quite well. I reckon you could wear this both day and night and have 2 different looks. But, my absolute favourite thing is the grapefruit smell, something I’m not used to having in a lipstick!

Overall, Oriflame: Thumbs up, you get what you pay for, and a little bit on top. And it’s different. Can’t ask for much more than that! 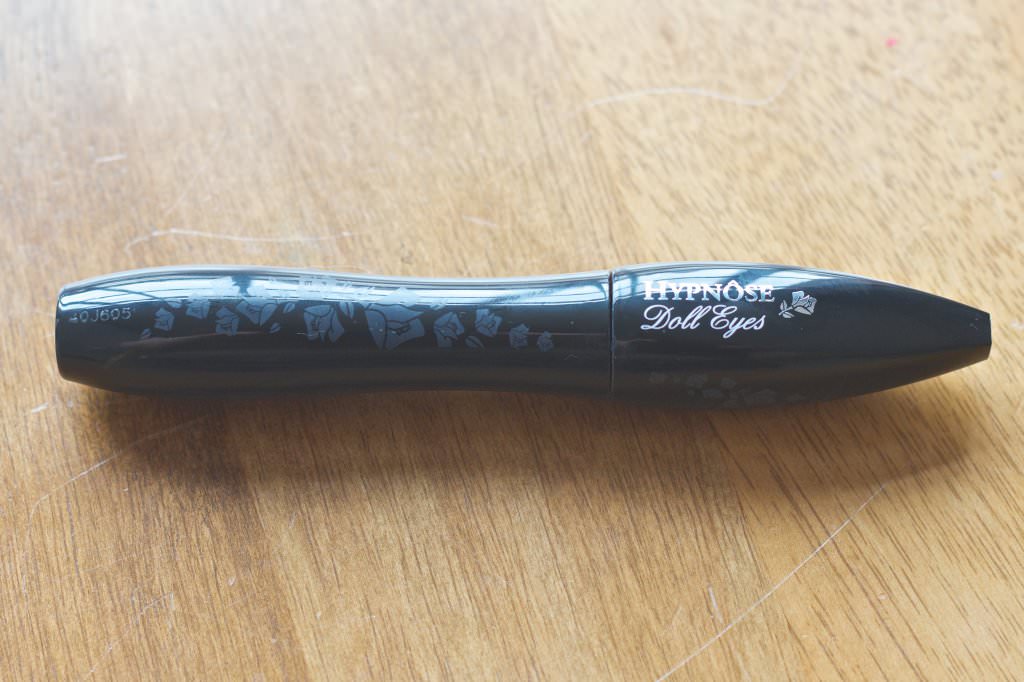 I used to be the person who buys 15 different types of cheap mascara and then leaves them to dry out, wondering why it’s all clumpy and horrible after 2 months even though I’ve only used it once.

Then I discovered Benefit’s BADgal lash mascara, which became my firm favourite. I loved the mega wand (and the packaging, and their entire brand, let’s not pretend I’m not swayed by all that stuff!).

Recently I did a piece of work which led to me having to learn loads about mascara (I know, the great thing about being the token girl in a male dominated workplace!) and I found out that mascara is something Lancome are supposed to be pretty good at. Doll Eyes is the Hypnose variation which is supposed to give you a ‘wide-eyed’ look. I was actually in Boots looking for the ‘Star’ version, mainly because there’s a special edition Betty Boop variation, but there wasn’t any, so I decided to give Doll Eyes a go, in black. It weighed in at £21, but in my opinion, it’s well worth the money. 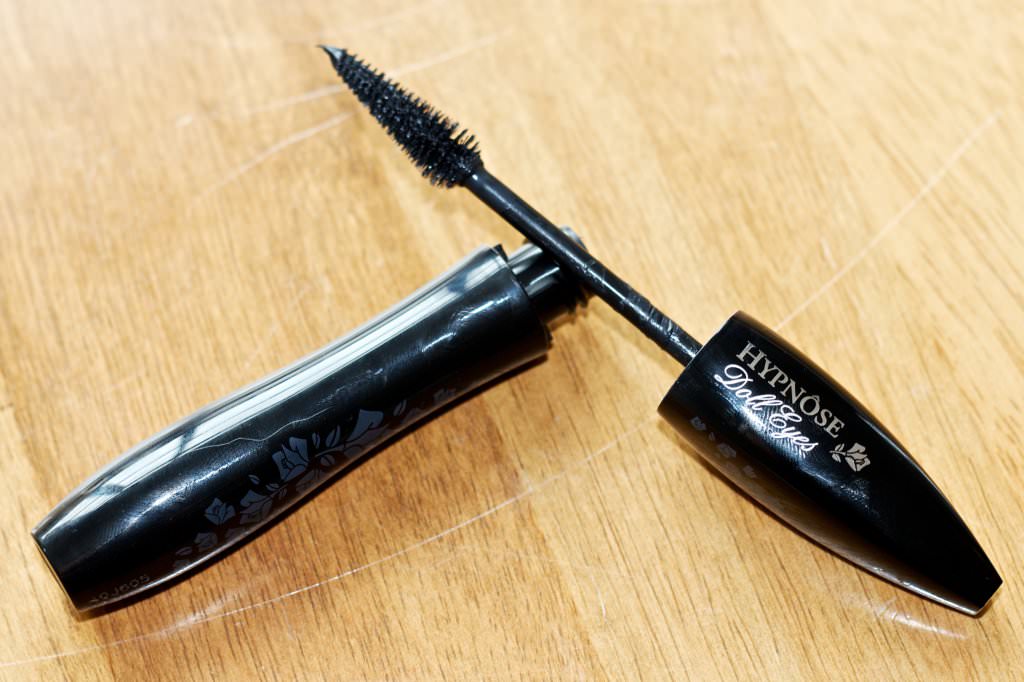 The wand is conical shaped, and this ties into the ‘wide-eyes’ description as it allows you to get to those pesky eyelashes right in the corners of your eyes. I actually found it a lot easier to get to the base of my lashes when compared to the large BADgal wand. It gave me a really good coating on all my lashes, and you could really get away with just one coat.

Probably my favourite thing though is the packaging. You can tell this is where the money has gone – it gives that satisfying click when you turn to close it. Though I’m not sure that’s what I should care about with a Mascara, it is what it is!

Are there any other mascara’s I should be trying? I’ve heard good things about the Chanel one too, maybe that will be next on my list! 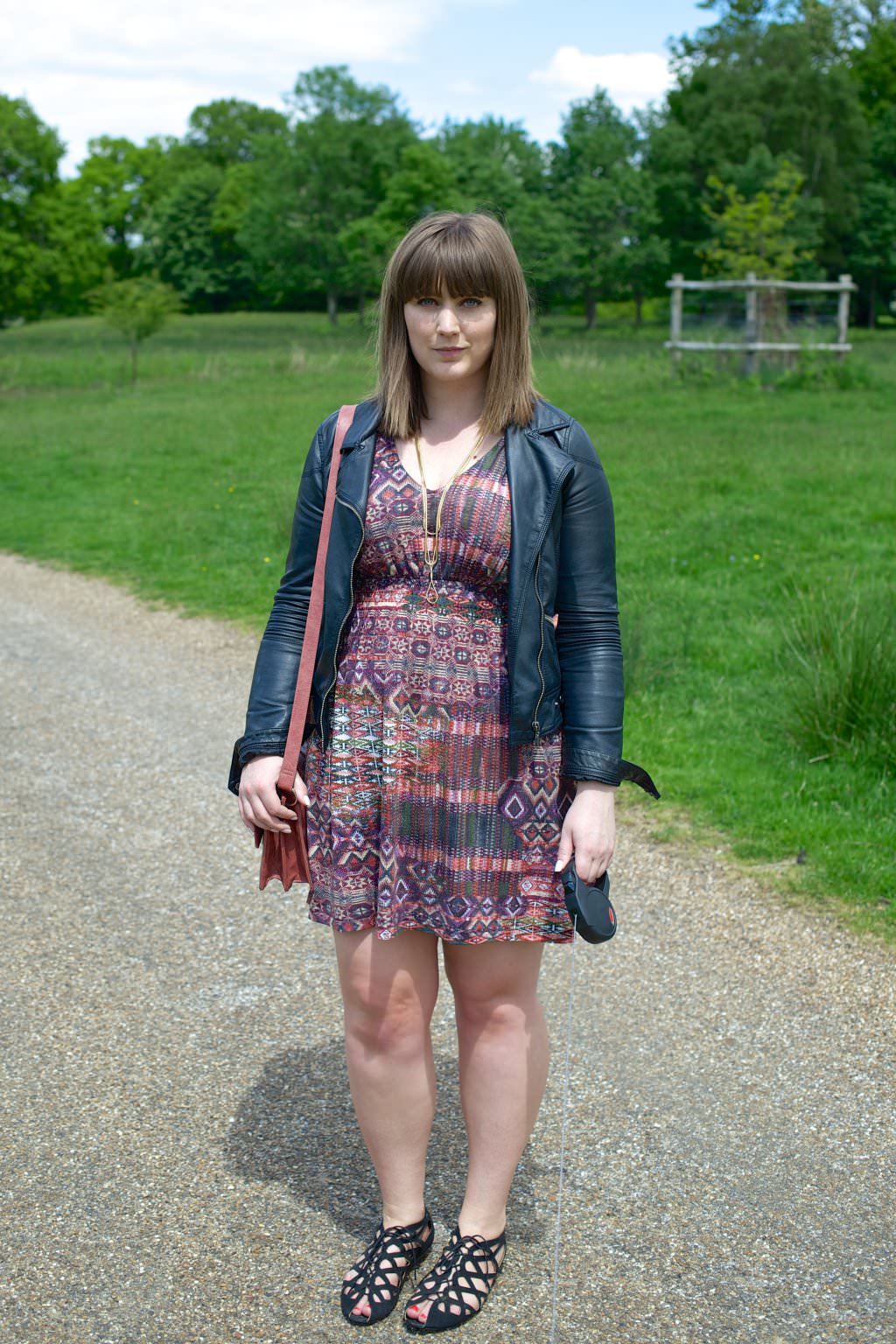 My black winter tights were really reaching the end of their very well-worn life, and it was getting to the point where I was almost considering buying some new ones. But then out came the sun! And it was glorious! Now I just need to do something about my pale, hairy, out of shape legs…;)

This is not really outfit of the day, as much as outfit of the weekend. We visited a place called Parham Park, which is a beautiful deer park about 5 minutes from where I grew up and took the pup along with us. Apparently she has now acquired a taste for deer poo. Dirty Dog. 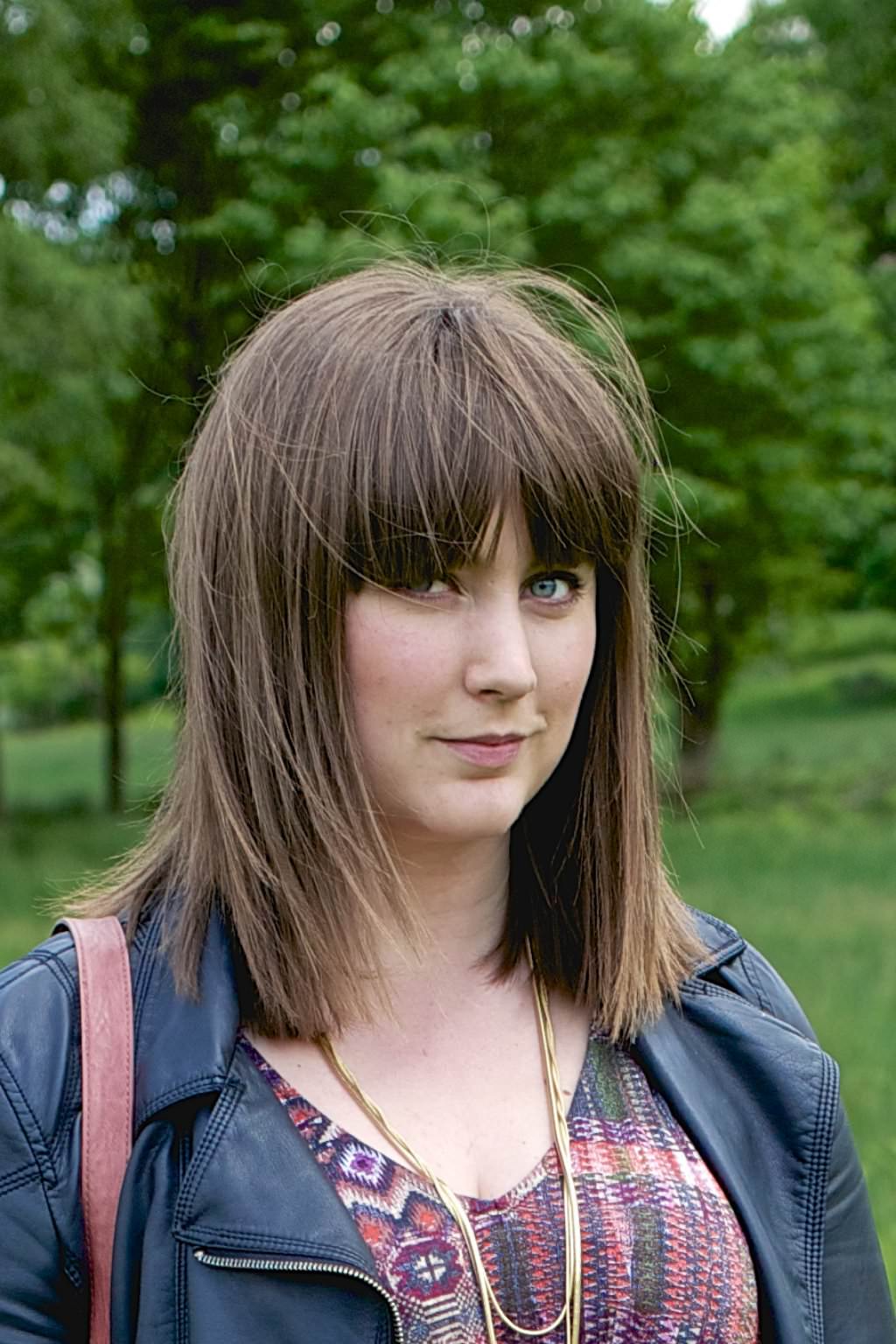 Needless to say, the sun was out and I was happy. We did a little stroll around the park and took a couple of photos. I’m wearing my new Warehouse dress which was in my previous post, and not only is it super comfortable, a great colour and really nice fit, it’s also a size smaller than normal. BONUS.

I think if I was going to any more festivals this year (I’m not, sad face, unless I do what I did last year and rogue win tickets to Latitude on the day!) then this dress would be my go-to. Cute, but comfortable. My favourite. 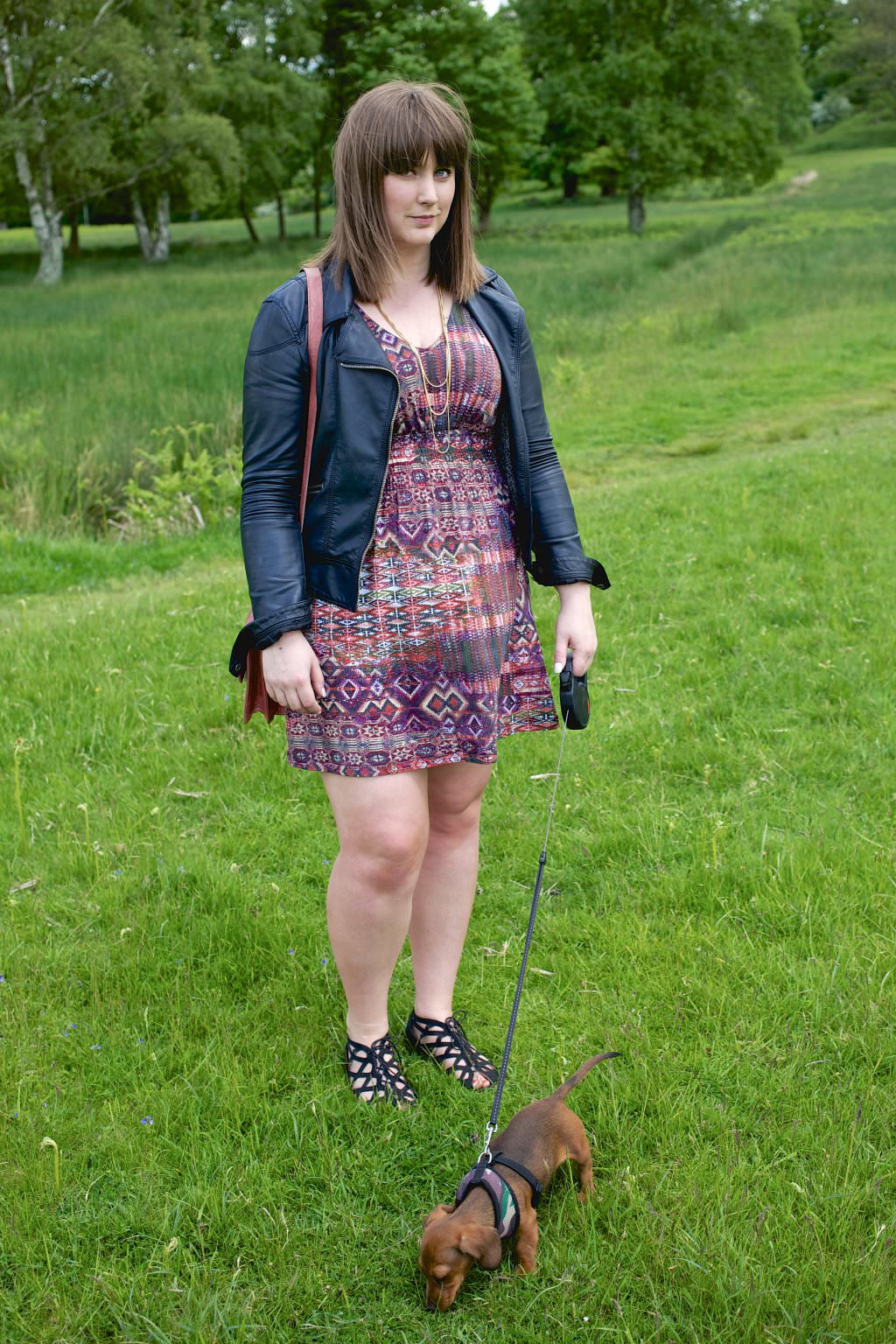 Paired with these Office nubuck cut-out sandals, (which as I’ve said before are like *the* comfiest, best shoes I’ve bought in a while), my small pink Warehouse satchel, TopShop Multi-strand Necklace and Zara Pleather Jacket, this is perfect for Spring. 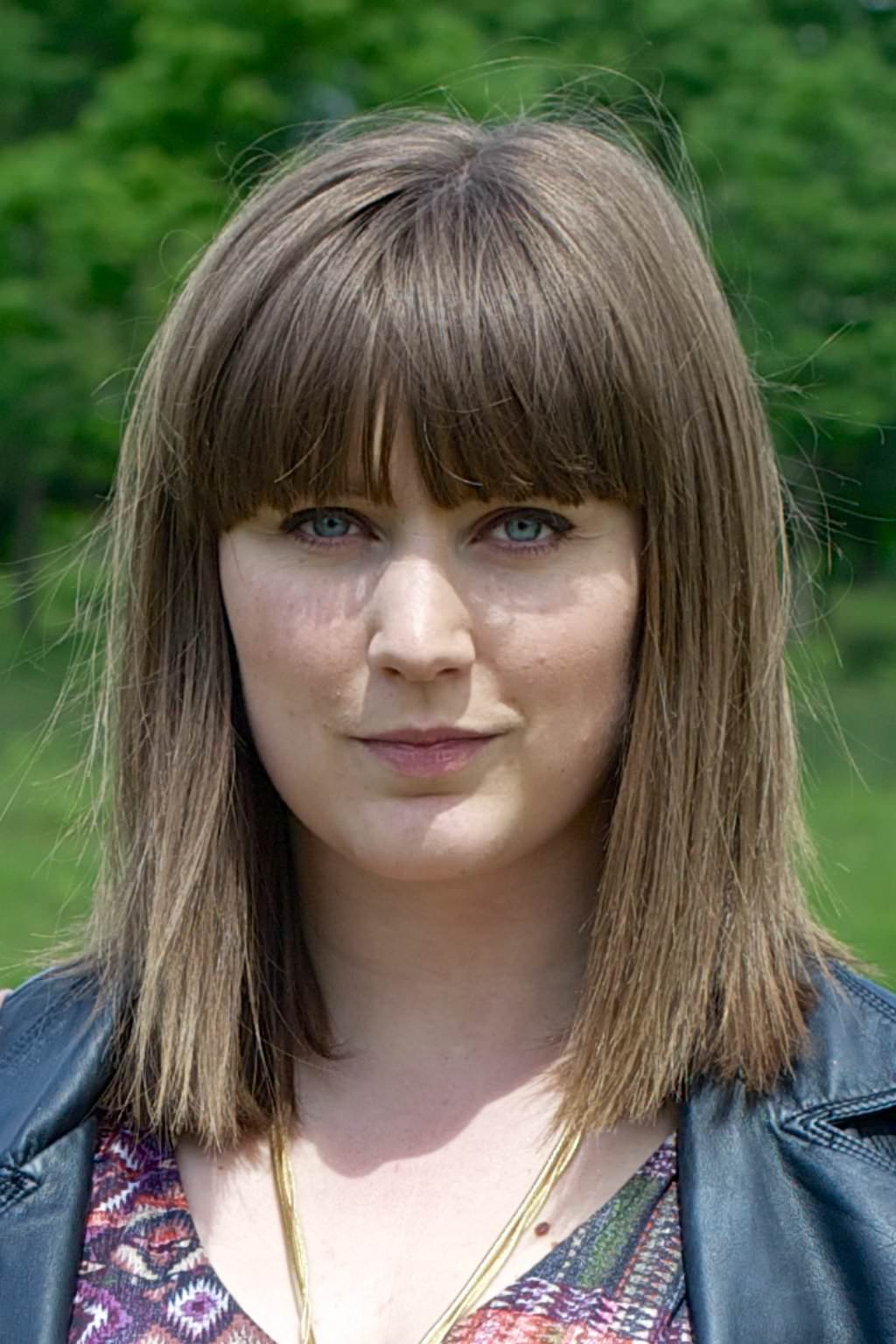 I’m also rocking some of my new make up in this picture. Lancome ‘Doll Eyes’ mascara, which was well worth the splurge (more to come on this!) and some new foundation – L’Oreal True Match, which is a bit more ‘liquid’ than I’m used to, so the juries still out on this one.

Anyone been up to anything fun this weekend?